It wasn’t that long ago that a long haul flight with a built in headrest TV was quite the luxury. Being able to choose your own film watching schedule during those many hours in a fart filled tube was a real treat, but today with smartphones and tablets with HD displays and in-flight internet access, the seat-screens of old don’t really cut it. Looking to improve that experience for its customers is Virgin America, which has announced plans to introduce surround sound audio for films, among many other enhancements. 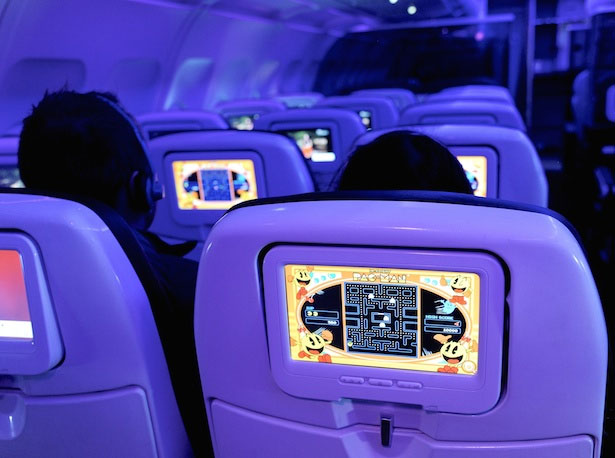 Handled by start up tech firm Dysonics, the new surround sound system  will offer 360 degree, 3D audio coverage, making passengers feel like they are surrounded by high-end speakers. Better yet though, this won’t even require a specialised pair of headphones, so the standard Virgin Red ones can be used, or passengers can listen using their own, more impressive sets.

To get an idea of what it will sound like with the new audio system, have a listen to the below video with your headphones on.

The new surround system will be trialled in select aircraft across the Virgin America fleet and if passengers seem to enjoy it, it will be rolled out to all aircraft before long.

However sound isn’t the only upgrade Virgin is making to its Red media software system. Along with the live TV, WiFi and power charging capabilities already in place, Virgin is also adding new, higher resolution touch screens (720P), more storage capacity allowing for up to three times the content, more interactive games and improvements to map details too.

Entertainment aside, the ability to make food and drink orders will be expanded and users will even be able to send drinks to other passengers, or send them messages if they so choose.

KitGuru Says: While I’m sure it will be handy to order food or drinks for your friends and family if you aren’t sat next to them, who else is imagining some horrific in-flight flirting over the new messaging system?