Ok so we’re a few steps away from adding all the armour, repulsor jets, pop-up missiles and wise-cracking, self-destructive pilot or your average Iron Man suit, but some firms are really starting to push us in the direction of a fully functioning exoskeleton. For example, Korean shipping giant Dawewoo Shipbuilding, had a trial run last year of robotic exoskeletons that augmented their workers’ strength to the point that picking up a bar that weighed 30 kilograms, was as easy as lifting a piece of paper.

While 30KG might not seem like a lot, bear in mind that’s on top of the 28 kilograms the suit itself weights, which the user has no need to carry. There are plans in the future to push the lifting capabilities of the suits to over 100KG, which would start to get very impressive, but even at this stage, workers reported positive aspects, such as being able to perform much finer movements than if they wer using their own strength of a lifting machine, since the weight of the object is minimal and they still have all the movement of a human form.

Well, most of it. Currently, the suits aren’t able to turn at the waist, making some movements impossible. They also have trouble climbing up slopes and on slippery surfaces, but for the most part they work very well. 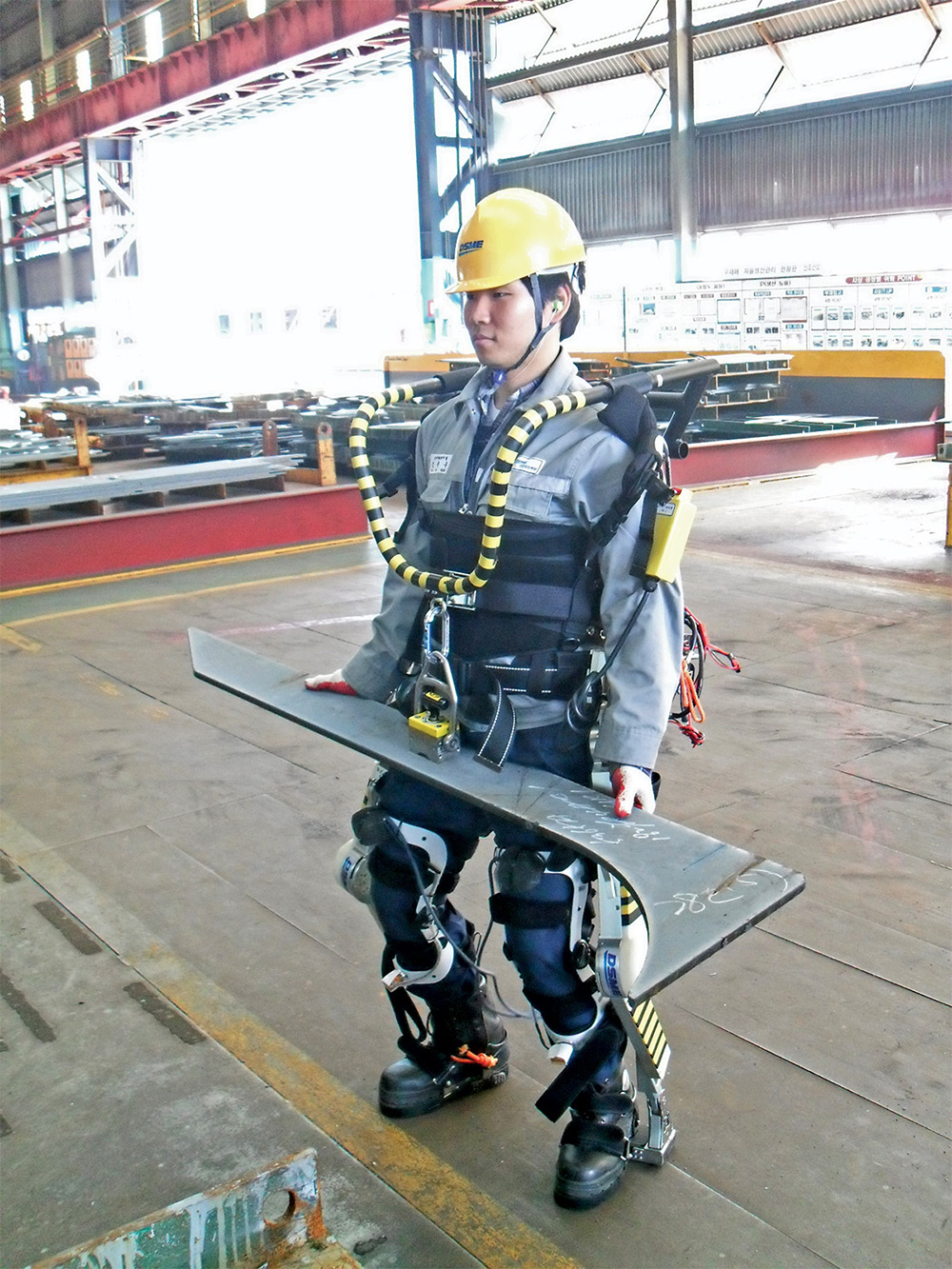 Operators need to be of a height between 160cm (5’2″) and 180cm (5’9″) and presumably be of a build that fits inside some of the suits augmented limbs, but beyond that anyone can use it for up to three hours. Batteries are stored in a backpack system, along with the clever electronics, keeping the user’s hands and arms free to grip and lift as usual.

This isn’t the only robotic development going on in South Korea however, especially with the shipping yards. During a 2012 study of many of the country’s biggest manufacturers, of which Samsung is among them, huge numbers of tasks were carried out in full automation by robots, including nearly 70 per cent of all welding for ship building.

The plan is to continue that trend going forward, with Daewoo expected to push the development of its robotic exoskeletons to a point where they can lift huge weights without difficulty, allowing smaller and more efficient teams to work more quickly and even perform their tasks to a higher standard than before.

KitGuru Says: I would love to try one of these out. I’d want to punch through a concrete wall though, like some kind of augmented Agent Smith.