In a move that shows Space X certainly isn't putting all its eggs in a Western basket, the Elon Musk backed corporation has launched another successful Falcon 9 rocket, this time sending up a satellite for ex-Soviet state, Turkmenistan. Although it didn't attempt a soft-landing on the remote barge, the rocket put the payload into a geosynchronous orbit, which should keep it relatively stationary in the sky throughout its intended 15 year lifespan.

The satellite, called TurkmenÄlem, is packed to the brim with solar panels and communication equipment and will be leased to various companies around the world for use in communications systems, providing coverage to Europe, North Africa, Asia and the Middle East. 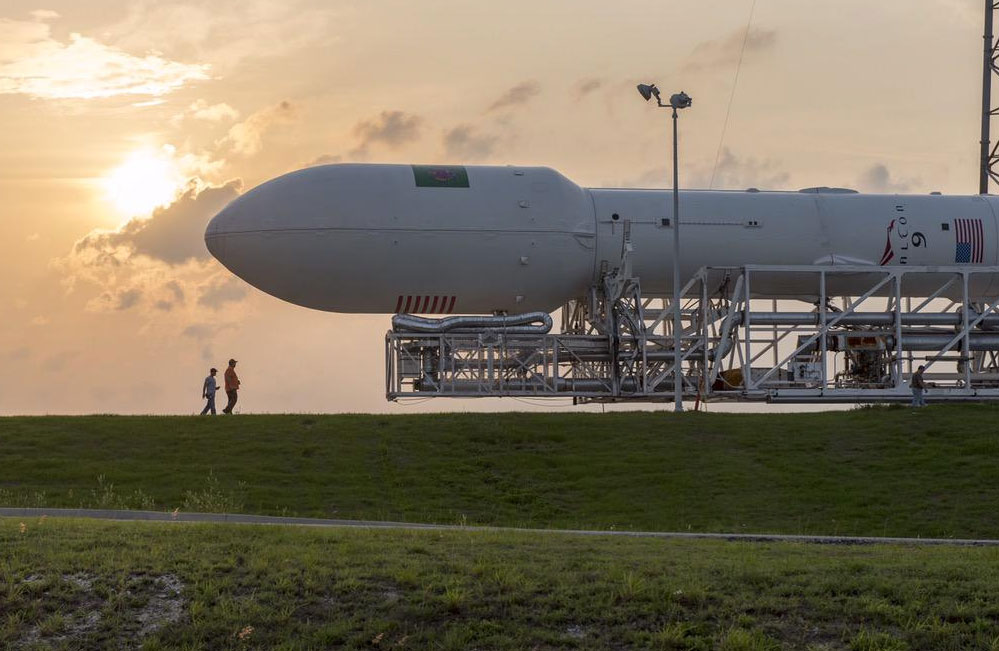 Due to the satellite's need to remain geostationary above its host nation, its orbital velocity needed to match the rotational velocity of the Earth and that meant sending it into a far higher orbit than previous Falcon 9 launches. Sending the payload up to around 23,000 miles is edging towards the operational limit of the Space X rocket system, so the fact that it went off without a hitch is another feather in the Musk company's cap.

However this is also why the first stage could not be recovered, since it needed all the power and fuel to get the payload into position. That also meant no fins for directional control on descent and no re-firing of the booster's engines. This makes the life-span of the first stage booster rocket far shorter, with all fuel depleted within three minutes according to NasaSpaceFlight.

From there the second stage burned for several minutes to allow the craft to exit the atmosphere, before dumping the fairings in the nose of the rocket and putting the satellite in a parking orbit. Once it reached apogee (apoapsis, for KSP players), the second stage ignited its engines once again, sending the payload into its geosynchronous orbit.

The next Space X Falcon 9 launch is intended for June, where it will send more supplies to the ISS and will also likely trial its first stage booster recovery system too.

KitGuru Says: What a treat. KSP 1.0 launches and a Space X success on the same day.

Previous Broken Age full game launches with new trailer
Next Own a patent? Google might buy it from you