An unmanned rocket that was on its way to the International space station to drop off several thousand kilos worth of supplies to the waiting astronauts, has exploded shortly after leaving the launchpad. Nobody was hurt in the incident, but it’s expected to delay any future launches at the Wallops Flight Facility in East Virigina, due to damage to the launch pad itself. 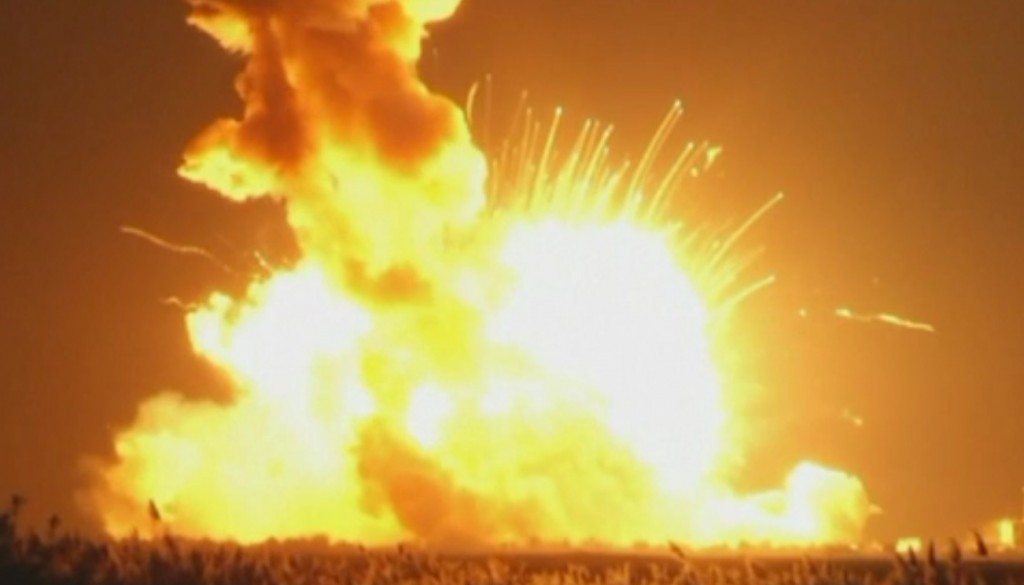 The Antares rocket was one of many built by Orbital Sciences Corporation, which NASA had sub-contracted cargo missions to since the retirement of the Shuttle program in 2011. This would have been the third flight conducted with an Orbital Sciences rocket, but it was not to be.

Seconds after leaving the ground, the rocket seemed to combust in on itself, collapsing to the ground shortly after and exploding, damaging the landing pad and associated equipment, as well as property on the south of the island. Orbital Sciences, along with NASA, will be conducting an investigation to discover what fault caused the explosion and subsequent crash. In the mean time, supply runs to the ISS will be picked up by other companies and their rockets.

As the BBC reports, part of the investigation into what went wrong looks likely to focus on the AJ-26 engines, which are essentially retrofitted Soviet NK-33 engines from the 70s. While cleared for usage after being fitted with US electronics and propellant, one did explode during a test earlier this year.

KitGuru Says: Thankfully no one was hurt in the explosion, but I imagine the guys on the ISS were looking forward to some fresh supplies. I wonder which country or company will step up to get it to them.