Spider silk is a very versatile material whether you're a spider or a human being. It's been used to help ignite lasers, give crosshairs to microscopes and even catch fish in some parts of the world, but due to its strength and low-weight, it could have much more uses if only we could get enough of it. Because spiders love to eat each other, producing and acquiring masses of silk is very hard, but it may have just become much easier, as scientists have managed to develop a method for industrialising its production. 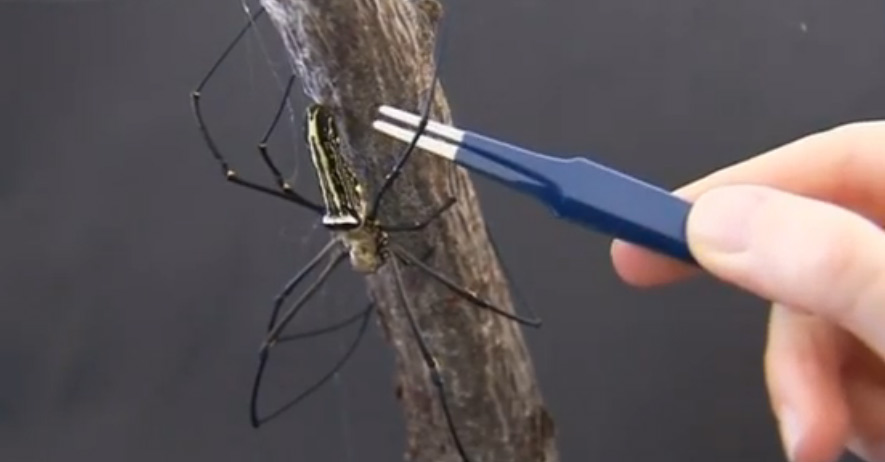 There has to be an easier way…

The process begins by engineering Ecoli bacteria to create the proteins found in spider silk, which are then freeze dried, which turns the proteins into a powder. When passed through water and alcohol while being spun, the proteins are elongated into strands, which look and behave very much like traditional spider silk.

At this stage the process is still quite hands on and doesn't produce large quantities of silk, but it's a promising start that if automated, could see large amounts of the previously-only-naturally-occurring material produced in a short period of time. If spider silk could be created on this sort of industrial scale, it could see uses in bullet proof vests, advanced forms of weather proof clothing, biodegradeable plastics, bandages and other surgical equipment or even artificial tendons. With this new method perhaps some of those will come to pass.

KitGuru Says: If this turns out to be a viable process, it could also see Kevlar's 40+ year reign as the king of lightweight, strong fibres come to an end.