Would you eat lab-grown meat to avoid killing animals?

Unless you yourself are a hunter who regularly kills, cleans and cooks their own meat, chances are – like most of us – you are pretty removed from the process of readying your meat for consumption. You may cook it, but few of us are actively slaughtering the animals we eat, mostly because it’s more efficient, partially because we’d rather not think about it. But what about meat that was grown in a lab, rather than cut away from something living?

What about animal accessories like leather? One company, Borklyn based Modern Meadow claims it will be able to create that and more in the future. With poaching crisis like those taking place in Africa too, if animal flesh, bone and potentially horns and tusks could be grown in a petri dish, that would indeed avoid a lot of animal suffering.

However, while the idea of slaughter-less meat may appeal to some, the techniques used in its creation may not. Several years ago the company claimed it would use 3D printing to create the food, but lately it’s said to be taking donor cells from unborn calves and growing them in sheets, which when combined together should create consumable meat. 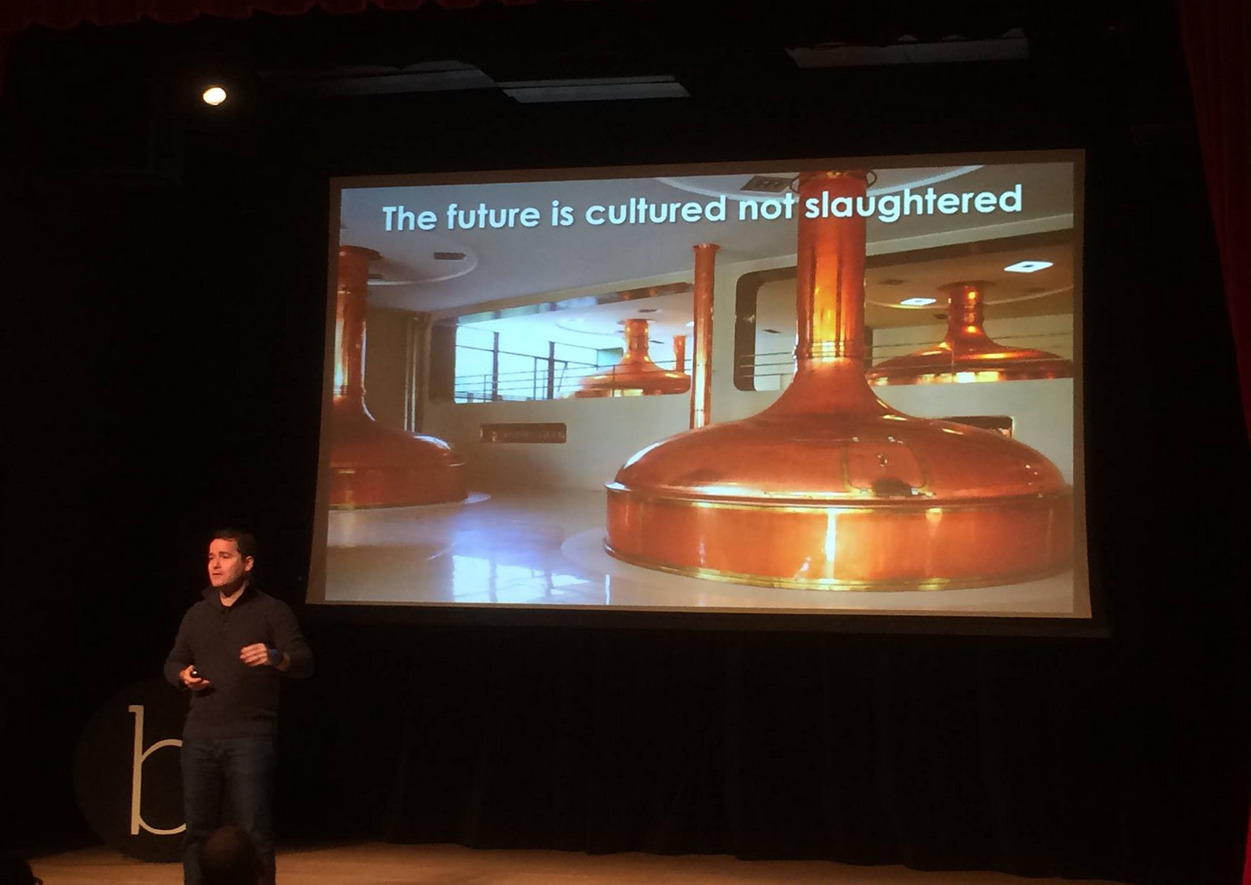 Growing meat would certainly be easier for sustenance in space travel

It’s this process that has some questioning the system which is often touted as having the potential to end inhumane animal treatment as part of the food production system. The problem lies with he fact that the bovine cells harvested have to be drawn from a slaughtered pregnant cow’s foetus, which as the Guardian points out, often means taking blood from its heart.

When that blood is spun up in a centrifuge, you get some near perfect source cells for growing meat, but morals always get a little hazy when you’re talking about unborn foetuses being used for anything. It’s also very expensive; almost five times the cost of normal meat pound for pound.

It’s hoped by those excited by these developments though, that the serum can soon be phased out and replaced with something more akin to a fungal serum, though whether consumers would still consider it meat remains to be seen.

KitGuru Says: The other thing to consider with a program like this, is that the animals involved in the food industry are only alive because of their place in it. If we replace cows entirely with lab-grown food and products, what need would we have for the giant animals that consume ungodly amounts of water and plant life?

Growing meat might save one generation, but it has the potential to doom a species in the same way that horses became far less useful with the invention of the combustion engine.