As much as looking at fantasy worlds often reveal horrific racism and xenophobia among their occupants, there’s something simplistic about separate races of people which appeals to our tribal nature that’s just about hidden under society’s veil. But that tribalism does allow for the creation of strong, thematic fantasy characters like Warhammer’s Thorgrim Grudgebearer, who is Dwarven High King and keeper of the Great Book of Grudges, which details the wrongs that have been done to his race over the centuries. 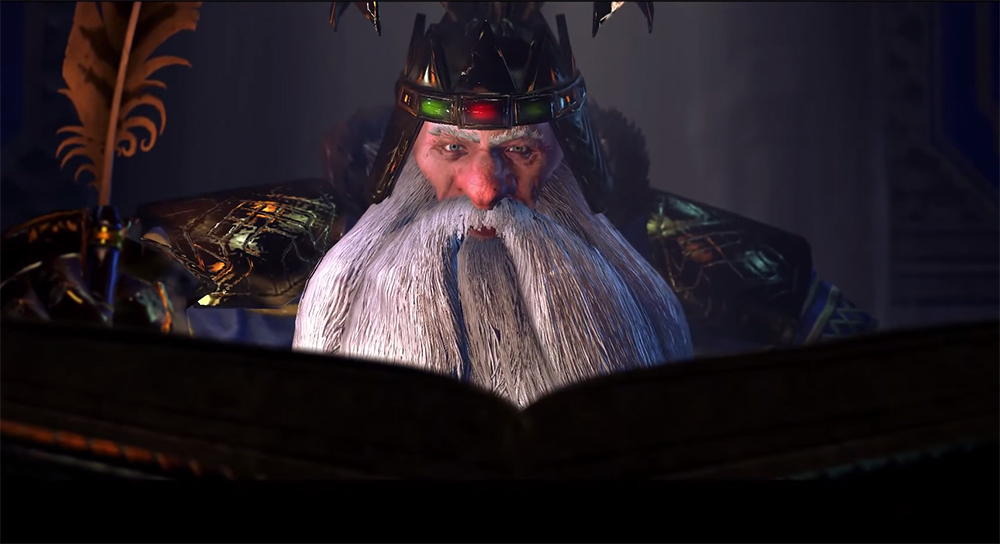 Those wrongs can occasionally be struck out by a King so enterprising as to look for revenge or resolution and in the new Total War: Warhammer in-engine trailer from Creative Assembly, we see just that. However as much as the Dwarves may go into battle with hammers and helmets, they’re also an engineering race and that means they have plenty of weapons of war too.

The Dwarves will represent just one of four playable races when Total War: Warhammer launches in 2016, the others being the greenskin Orc and Goblin hordes, along with their various monsters and machines; the human Empire, with their halls of stone and fractured kingdoms and the Undead, ever rising again to drag the living to the dirt with them.

KitGuru Says: This seems like a pretty good introduction to the ever grumpy race of stature-deficient people, though I’m keen to see how the game plays out in non-scripted environments.

Previous Monster Hunter DLC is still some of industry’s best
Next Would you eat lab-grown meat to avoid killing animals?