It’s known that AMD’s next line of APUs, dubbed Raven Ridge, will fuse the latest in Zen processing units with Vega graphics. Although they are not expected to arrive until later this year, a recent benchmark has revealed the Vega Mobile tech, codenamed Radeon Vega 8 and 10 Mobile Graphics.

This is not to be confused with the desktop graphics chips, coined Vega 10, that reside in the recent RX Vega 64, but rather the mobile chip that acts as an integrated graphics solution to be included within the latest line of AMD APUs.

According to the OpenCL manifesto, The Ryzen 7 2700U will house AMD Radeon Vega 10 Mobile Graphics, and the Ryzen 5 2500U will contain the AMD Radeon Vega 8 Mobile GPU. Interestingly, GFXBench shows that The Vega 8 Mobile chip is listed as having more Compute Units than its Vega 10 Mobile counterpart, sitting at 11 CUs and 704 Stream Processors over 8 CUs and 512 Stream Processors respectively.

Vega 8 Mobile having more CUs than Vega 10 Mobile is certain to raise eyebrows, but this information has to be taken with a pinch of salt. At this time, we are unable to confirm its reliability or if such early benchmarks would be representative of a final product.

Both of these APUs are expected to arrive later this year as a part of the AMD Ryzen 2000 series of APUs, the first to include Ryzen Mobile chips. The first in the Ryzen Pro Mobile chips, aimed at business devices is expected to follow, releasing in early 2018.

KitGuru Says: After the poor communication surrounding Vega pricing, AMD needs to be as clear as possible and not leave its consumers confused. That means we should, hopefully, know for sure what Ryzen Mobile holds in store when it reaches an official announcement. Are you interested in what Raven Ridge has to offer?

Previous Acer announce 2-in-1 casual gaming laptop, Nitro 5 Spin
Next Cats and Dogs come to The Sims 4 this November 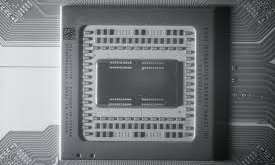 More details about the AMD 4700S processor desktop kit have come to light, and apparently, …