The scale of a modern computer exhibition is hard to take in, unless you try walking every inch yourself. Over in Hall 1 of the World Trade Centre in Taiwan recently, Aerocool had a bunch of new products on show. KitGuru used the necessary amount of shoe leather to get the info you need.

For most people, Aerocool’s Dead Silence chassis was a pleasant surprise last year.

For a company which had previously been more famous for front-slot control panels, suddenly it dropped a unique design into a crowded market, picking up a ton of system builders along the way.

While the stout beauty of ‘short and chunky’ is hard to argue with, there is always an argument for a taller, leaner design.

That’s exactly what Aerocool’s R&D team have delivered on. The wonderful Vanessa Chen, product guru for Aerocool Advanced Technologies Corp was our guide to the DS-200 chassis – in all it’s colourful glory. 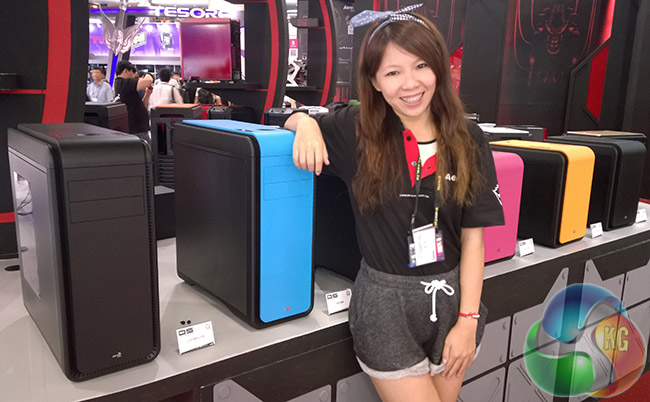 Retaining the overall flavour of the Dead Silence, these new chassis have a lot more to offer in terms of expansion capability.

Access to the internals is easy and the external design comes in a variety of ‘powder’ colour options (in this case, blue), like its predecessor.

It also has lots of noise-dampening – from special fans to anechoic foam on the inside of the main panel. 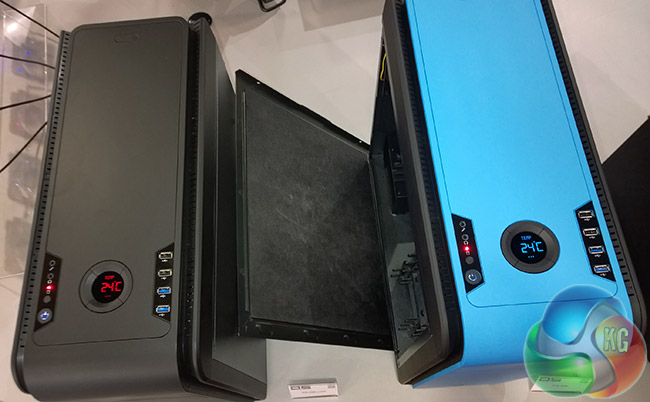 With one eye on the highly competitive first-build market, Aerocool has also prepared a lower cost version, without the special coating. That will only in black for now (shown on the left/above).

You may or may not be able to see a difference in these shots, but up close it was hard to tell that the black chassis did not have the addition coating.

It’s still very stylish, with a slight texture. We spent most of our time with the cool blue, but there were white, orange etc versions on display.

Aerocool has clearly nailed this manufacturing technique, so you can expect a variety of ‘express yourself’ options in the future. 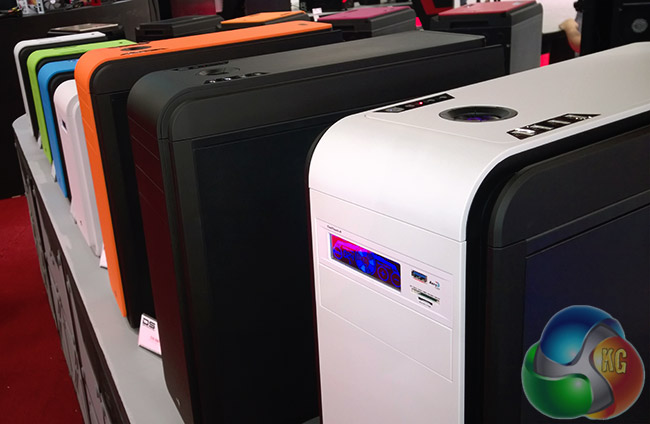 Retaining the overall flavour of the original Dead Silence, these new chassis have a lot more to offer in terms of expansion capability.

Note that the cool-looking front panel in the white version (above) will only come in black or white, so you will need to accept a level of contrast in your system design if you also want the display/ports.

Access to the internals is easy and ‘build time’ is something that the company’s R&D team have spent a lot of effort on, according to Vanessa.

For a one-off build, there’s less pressure to make it ‘as fast and easy as possible’, but a company that manufacturers systems for a living will want every possible reduction in build time.

We like the addition of the temperature display to the top panel. It really plays to Aerocool’s traditional strengths. 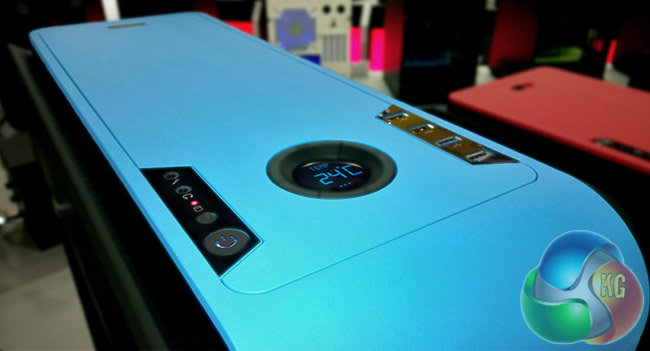 KitGuru says: We’ll need to take the DS-200 and DS-200 Lite apart in the KitGuru lab to render a full opinion – and price will play an important part – but for now this is as desirable as the original line up. We like the look of it.

Love it or hate it?  Let us know over on Facebook.

Previous Ubisoft CEO calls to lower the price of Nintendo Wii U
Next Biggest video-game collection sells for $750,000