While Cooler Master has its finger in many pies, it has made quite a dent in the chassis market, making it no surprise to anyone when it debuted a plethora of new cases at its Computex booth. The headline two are the MasterCase SL600M, offering users a silent chassis with reactive lights and the Cosmos C700M, building on top of the design of the original Cosmos 1000.

Watch via Vimeo (below) or over on YouTube HERE

Kicking off its new “SL” series, the MasterCase SL600M adopts a chimney-based heat design, ridding itself of any obvious fans at the front or back in favour of dissipating heat from the bottom to its roof.

Given the SL prefix, it’s only fitting that silence is what the MasterCase SL600M is all about. Cooler Master has fitted the roof of its chassis with a fine/asymmetrical mesh on its roof that is designed to break up sound waves, while maximising cooling. Each fitting, mounting point and connection within the SL600M is rubberised, helping to reduce noise from vibration.

The MasterCase SL600M is built with aesthetic in mind, sporting reactive lights that automatically dim when no movement is detected after 10 seconds, perfect for immersive viewing. Its internal configuration includes a VGA bracket that allows up to 2 graphics cards to be mounted vertically, showing off the hardware behind a tempered glass panel.

Cooler Master will launch the MasterCase SL600M in October for approximately $299. Prices are tentative and subject to change.

Following Cooler Master’s usual lettering, the Cosmos C700M is a premium chassis built “to be a model for system builders. A perfect canvas on which you can ‘paint’ the system of your dreams,” according to Cedric Pineau, the company’s director of product marketing for the chassis business unit.

“The exterior is an evolution of the original Cosmos 1000, which launched 10 years ago,” explains Pineau. “It is a full aluminium design with a lot of options for internal arrangement. For example, the graphics card is mounted on a special bracket which can be attached in 2 different places/orientations.”

As shown in KitGuru’s photographs, the Cosmos C700M affords the user the ability to vertically mount their motherboard, pointing SATA ports towards the roof of the chassis, further enabling neater cable management.

“There is another optional bracket for hard drives – which can allow you to mount 5 drives in a variety of positions, alongside 3 mounting points for SSD,” explains Pineau.

This is all showcased tempered glass side panels with dual bends, which is close to impossible – just not to Cooler Master. Pineau refuses to share the company’s secret, however, meaning we will just have to appreciate the results in the meantime.

Considering the Cosmos C700M includes RGB lighting with a fan and lighting controller in its top panel, the retail price of $399 is particularly fair. Users will be able to get their hands on one this September.

The MasterCase H500 is a little more straightforward in comparison to the other, shipping with two iconic 200mm fans. This is the lowest-priced case within the H500 line-up, yet Cooler Master still afford the user the choice between aesthetic and airflow by including a transparent front panel and mesh alternative. 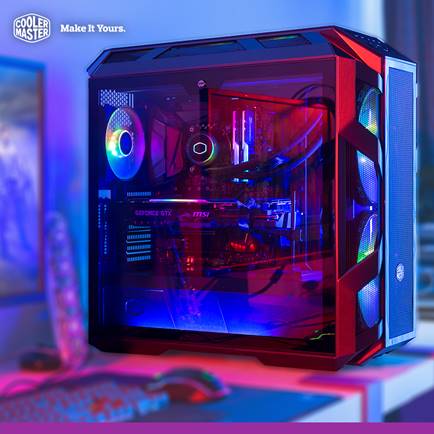 The H500M improves upon this by offering the highest amount of features within the series, including two RGB fans.

With the MasterBox MB511, airflow is the priority with a mesh front panel accompanied by the signature intakes seen within the series. 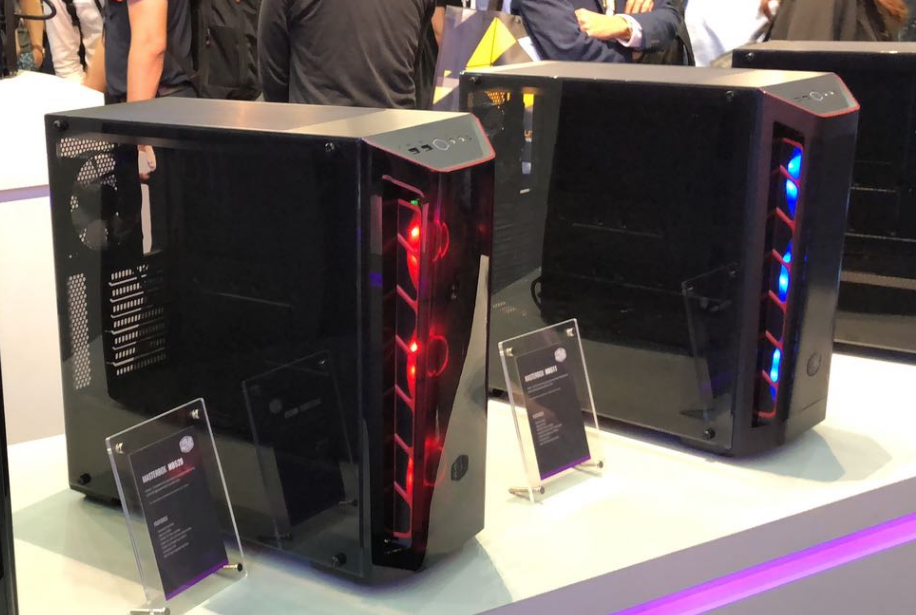 The MasterBox MB520 swaps out the mesh panel for a transparent one, prioritising lighting as its build focus and offering a full view of illuminated fans. The racing spirit is found throughout the series with a variety of aesthetics and functions based on preferences per model.

The MasterBox MB530P utilizes the aggressive intakes seen on the MB510L, MB511, and MB520, but employs glass on both of the side panels and the front panel. The application of glass was put in place to support the display of addressable RGB components included with the chassis. 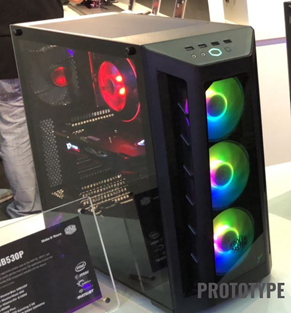 This prototype design is subject to change, and therefore is not an official representation of what might eventually hit shelves.

Cooler Master’s new fine mesh feature unique characteristics and qualities on the MasterBox K500P. The mesh is three dimensional and can be shaped to compliment bold, rugged designs but it also refracts light differently than conventional mesh.

Images are expected to be available in the near future.

KitGuru Says: There’s a lot to take in here, but one thing’s for certain – Cooler Master is far from out of ideas. Which case stands out to you the most?