To conduct our noise level tests, we replaced the graphics card in our system with a AMD Radeon HD 5550 Silence which was passively cooled. We also momentarily disconnected the fans on the CPU cooler so we were only taking into account the noise generated by the fans in the case. 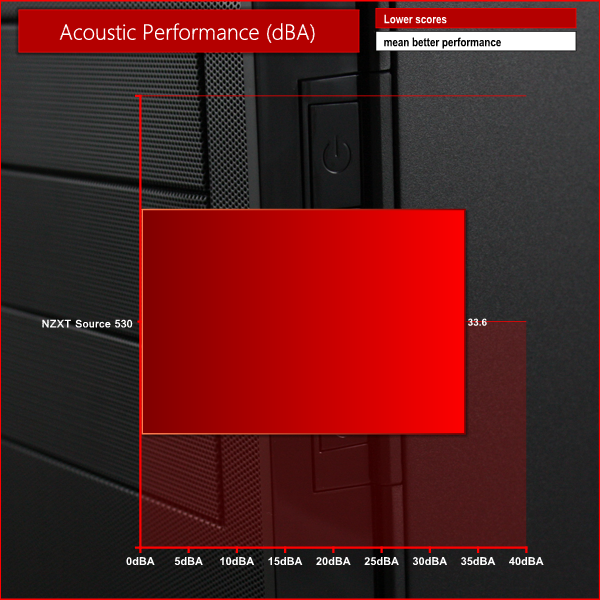 This case is quiet, even though the fans can’t be speed controlled.  Some users may want to install a fan speed reducer to achieve near-silent operation, though.