Deepcool has become an established brand that continually produces quality products at an affordable price. The company’s latest addition to its range of mid-tower PC cases is set to continue with this trend by offering a value segment, high airflow case that Deepcool claims to provide form and function in one package. But what exactly does this mean? Let’s find out.

Unlike most of the high airflow PC cases currently on the market from competitors that feature a large mesh section mounted inside either a plastic or metal front panel frame, Deepcool has done its own thing with the CL500 which is a refreshing change. The CL500 high airflow front panel features a vertical fin design that extends to the top panel, which makes the case almost resemble a giant heatsink.

CL500 isn’t all about airflow and appearance though, it also includes some handy built-in features such as tool-free side panel removal, both the tempered glass and steel side panels are attached to the case magnetically making them easy to remove for quick tool-free access to the system components. The top panel also removes from the chassis tool-free with a simple push-button release. 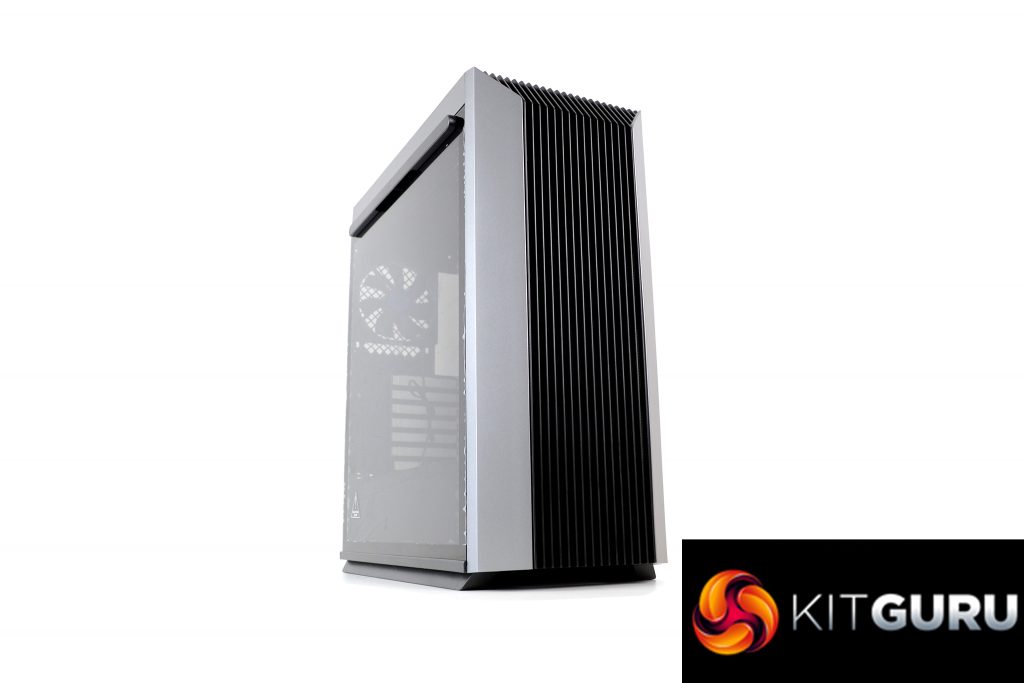 Inside the case, Deepcool has included what the company calls practical accessories. A four-way PWM fan hub is located on the back of the motherboard tray towards the top of the case and a built-in GPU support bracket helps to take up the sag we often see in heavy, high-end graphics cards. Both of these features we have seen before in the Deepcool Macube 310P that we reviewed earlier this year.

However, the CL500 is a very different case compared with the Macube 310P, there has certainly been more work done with the new stylish appearance. As well as the high airflow and tool-free panels, the case features a two-tone colour scheme with contrasting black and gunmetal front and top panels but there is no out of the box RGB lighting, just a simple plain black 120mm system fan is pre-installed at the rear of the case.

The Deepcool CL500 is a regular size mid-tower case standing 519mm tall, 473mm deep and 226mm wide, which means it can support liquid cooling hardware such as up to 360mm front-mounted radiators or AIOs, 240mm top radiators and 120mm at the rear. Alternatively, the front panel can house up to three 120mm or two 140mm fans, two 120mm or 140mm fans can also be installed in the roof with a single 120mm fan space at the rear.

Full-size ATX motherboard support is also included, so that means mATX and Mini-ITX boards can be fitted too. Maximum supported GPU length is up to 330mm so an extensive range of graphics cards can be installed inside the CL500. Maximum CPU cooler height is 165mm and power supplies up to 160mm can be installed behind the integrated PSU shroud.

Around the back of the case is the usual seven horizontal PCIe slots, however, there is no official word on vertical GPU mounting support. At the front of the case, the I/O panel includes one USB 3.1 Gen 2 Type-C port, two USB 3.0 Type-A ports, a single 3.5mm TTRS headphone and mic jack as well as the usual power and reset buttons.