Fall Guys is crossing over with Team Fortress 2

Fall Guys: Ultimate Knockout has quickly become one of the most talked about games of the Summer. The Wipeout-styled Battle Royale title has already been purchased over 2 million times in less than a week on PC alone. The developer, Mediatonic, appears to already be making the most of its current popularity, announcing an official crossover with Team Fortress 2.

Announced via Twitter, the Fall Guys team said: “BONK! Guess who's coming to the in-game Steam store in a few hours?!? Better start getting in the dubs so you can save up enough. Thanks @valvesoftware @TeamFortress”, while showcasing a Fall Guys character dressed up in a Team Fortress 2 Scout skin. 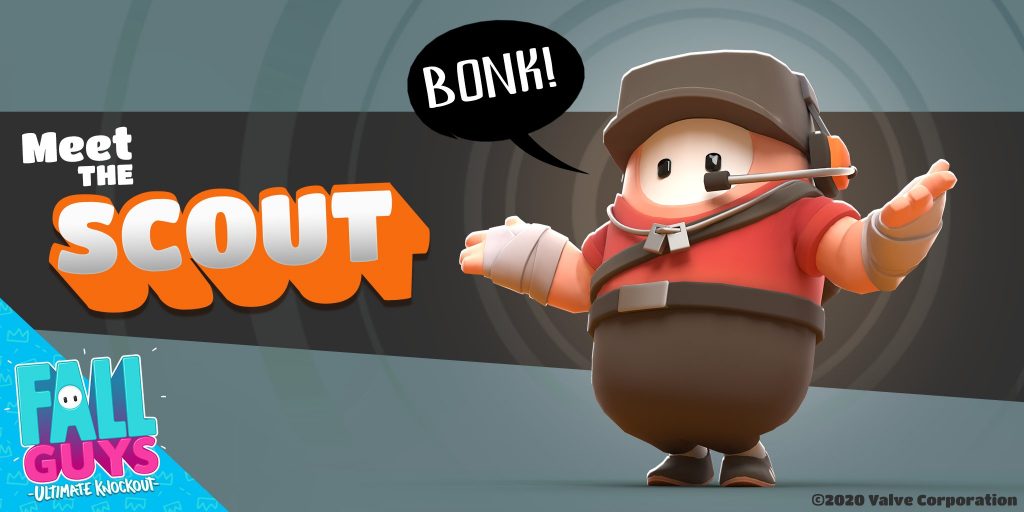 This crossover may not come as a huge surprise, as PC players who pre-ordered the game received a Gordon Freeman skin. That being said, Fall Guys could receive further crossover skins in the future, as many other brands have expressed interest in adding their own skins to the game, including CD Projekt Red, Konami, and even KFC.

The Scout Skin will cost 10 crowns (5 for the top half and 5 for the bottom) and is only available for a limited amount of time through the in-game store – though it will presumably be added to the daily rotating list of skins.

With Fall Guys already achieving so much in such little time, it’ll be interesting to see where the game will be in 6 months from now.

KitGuru says: Are you playing Fall Guys? What do you think of the skin? How many ‘dubs’ have you achieved? Let us know down below.