At CES this week we saw some innovative new products from MSI. A couple of interesting new things from MSI that didn’t appear in our feature videos from the MSI Suite was the new Creator 400 desktop chassis series and a new line of AIO coolers from the company.

MSI has announced this week that it will launch a new series of desktop chassis aimed at content creators. The MSI Creator 400 series design takes inspiration from the Leonardo d Vinci’s Vitruvian Man with a perfectly proportioned exterior and a space grey colour that is fitting for designers. The Creator 400 features a tempered, laminated glass panel that is 5.38mm thick and includes high-density sound-absorbing cotton on panels to keep noise levels down. 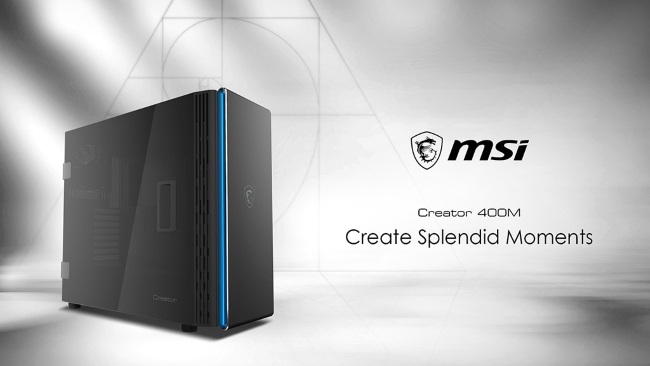 The Creator 400 chassis is equipped with an aluminium front opening panel with three 140mm fans pre-installed behind it, that provide good out of the box airflow to keep high-end hardware running cool. An internal power supply cover keeps the system looking neat and tidy and the creator 400 series supports industry-standard motherboards up to E-ATX form factor and 360mm water cooling radiators or AIOs.

KitGuru says: MSI has entered the AIO CPU cooler market early in 2020 and also brings a premium looking new case for workstations and content creators in the Creator 400 series. What do you guys think of these new products from MSI?