It seems the idea train has slowed down over in Cooler Master’s research and development lab, as the company has unveiled plenty of cool new concepts for its power supply units and coolers. This includes Cooler Master’s very first thermal electric all-in-one liquid cooler, as well as the potential successor to the ultra-popular Hyper 212 CPU cooler.

It was only a matter of time before Cooler Master was to revisit its Hyper 212, given that the model has proven so popular that it managed to sell millions upon millions of units. The new conceptual design is much more than the simple addition of an RGB Cooler Master logo, too.

So far, Cooler Master has managed to increase the fin by 25 percent when compared to the Hyper 212 EVO, adding an extra heatpipe, totalling give instead of its predecessor’s four. Cooler Master touts that the design allows it to fit alongside any RAM configuration, even if the sticks are high profile. 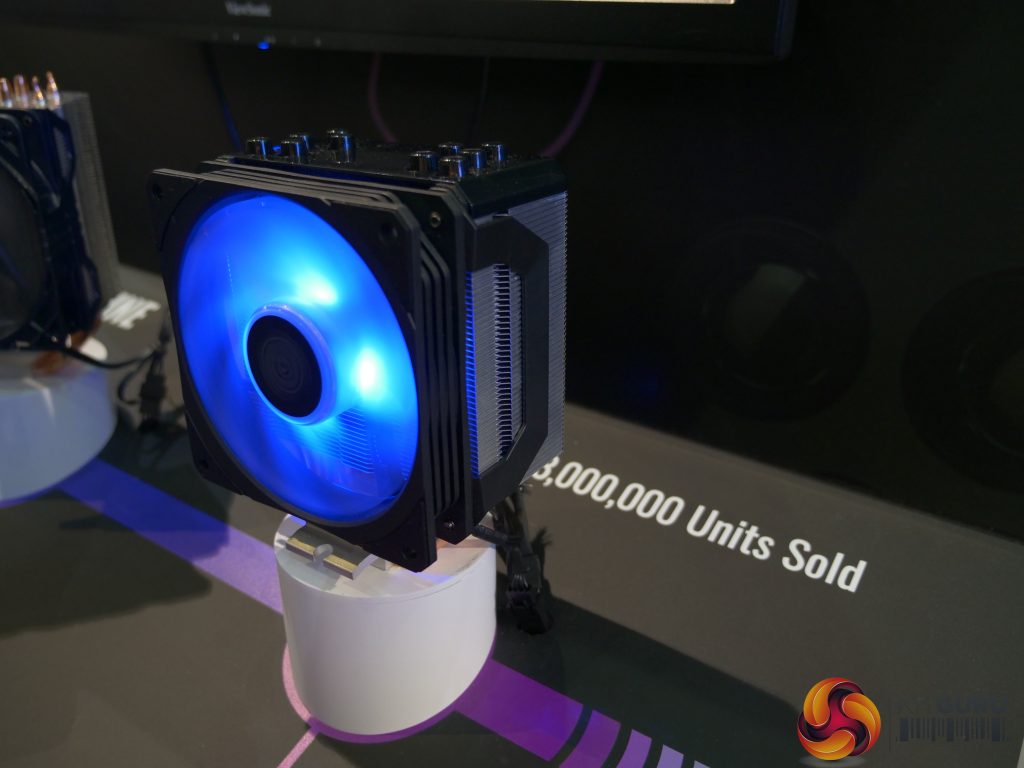 Usual watercoolers rely on a hybrid closed-loop solution that utilises pumps to push cold water to the processor, while sending the hot water back up to the radiator to be cooled, be it passively or using pressured air via fans.

Cooler Master’s new Thermal Electric technology uses the Peltier effect instead, something often seen within miniature refrigerators. This is applied to a standard closed-loop cooler (CLC) in order to bring the temperature significantly lower than other CLCs on the market, making it perfect for overclocking.

Of course, Cooler Master has endowed the concept with individual RGB LEDs, controlled by its LightingControl software. 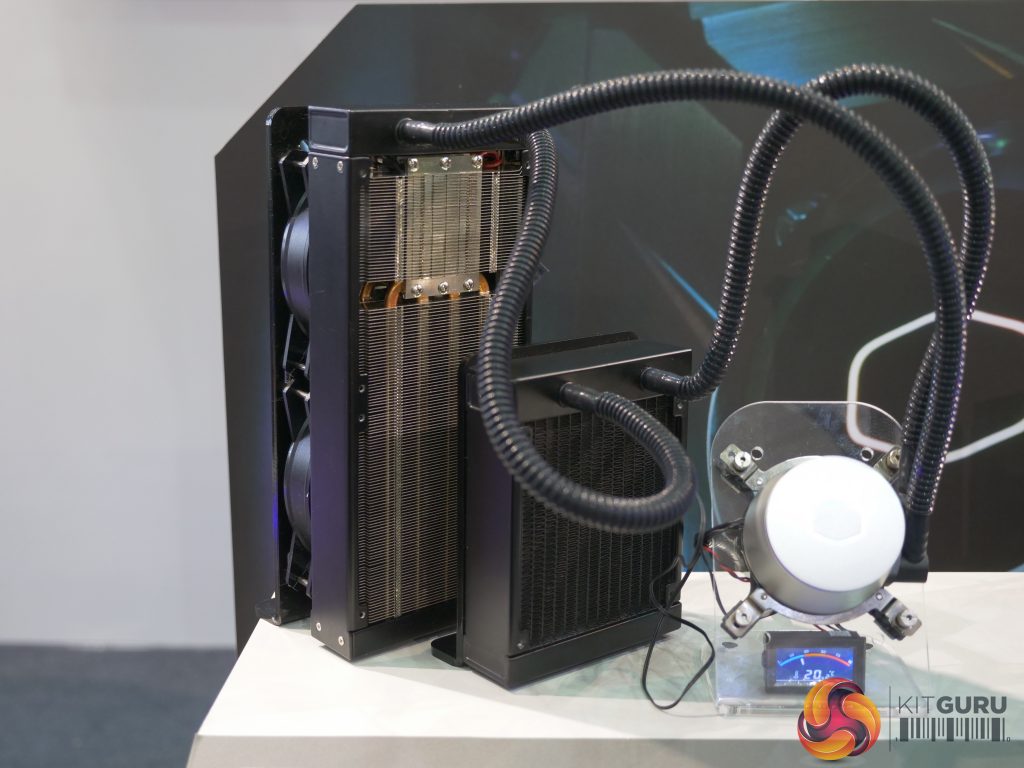 As Cooler Master pushes further into the territory of RGB lighting, it’s only natural that the company would experiment with the transparency of its coolers to disperse the lighting in a more engaging way. Marrying that idea with a watercooler enables the user to see the pump itself in action.

Paired with two MasterFan 120mm Addressable RGB fans, users can customise the individual LEDs thanks to the release of Cooler Master’s LightingControl software. 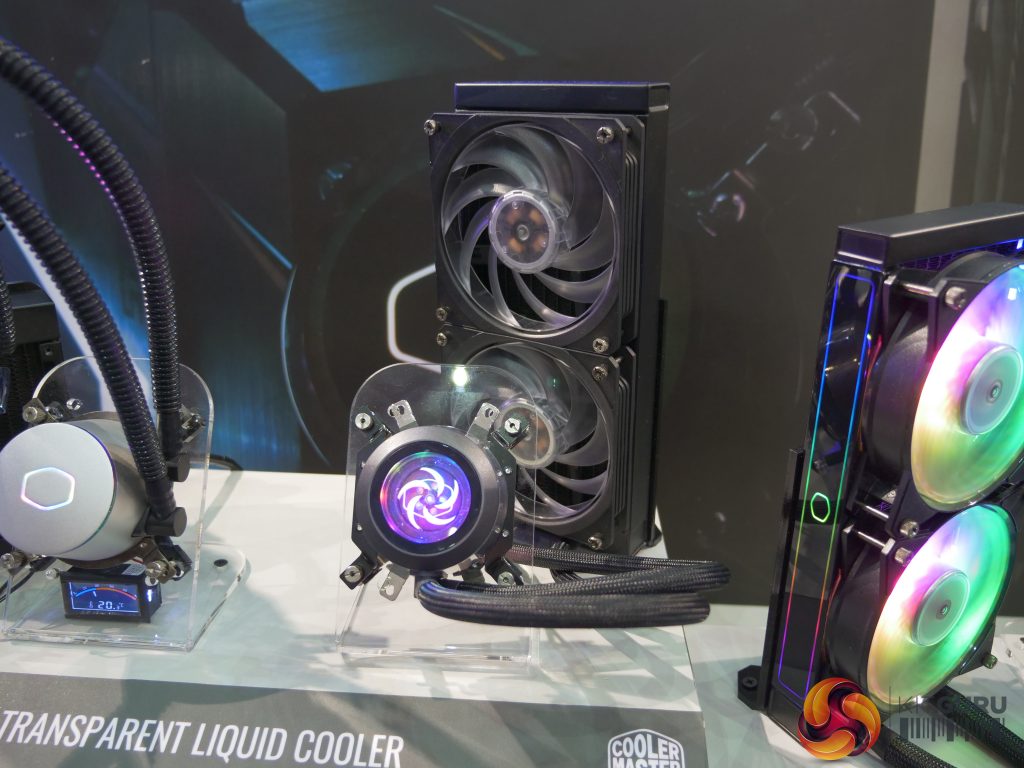 Cooler Master is bolstering its V series of power supplies with more platinum-rated models, ensuring at least 89 percent power efficiency. To date the V1200 is the only platinum rated PSU in the V series ever to be released, which is soon to change with at least three different wattage levels planned. 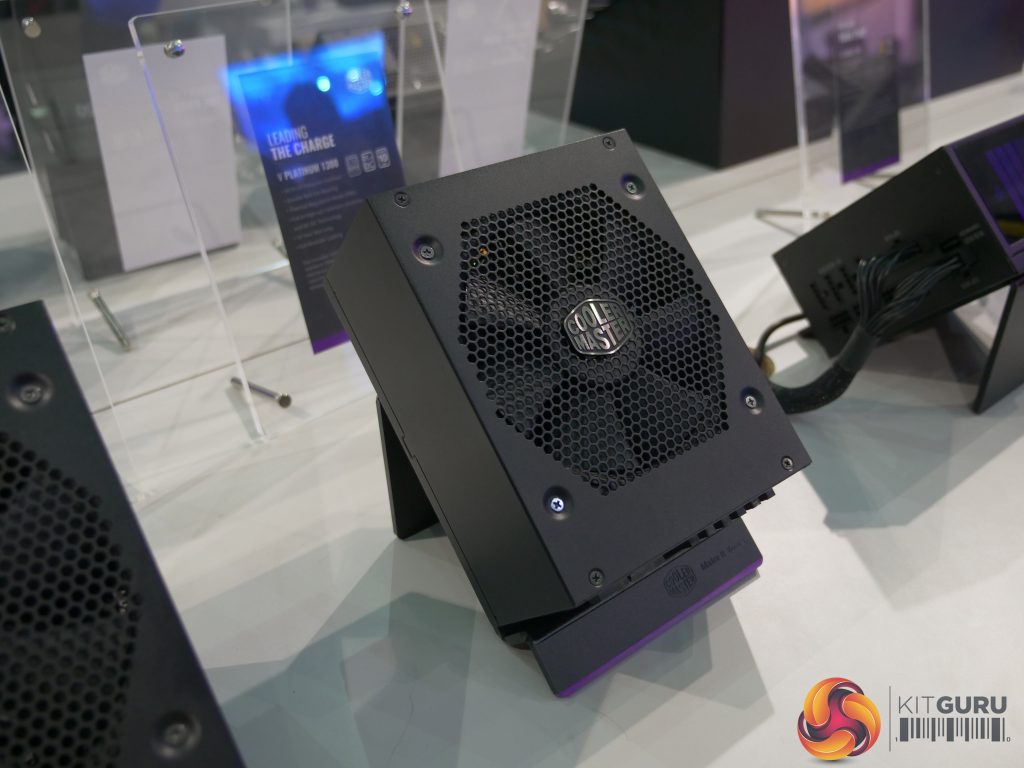 Cooler Master hasn’t provided much detail on the mysterious XG power supply, however it did explain that this will be the eventual result of its efforts to bring all designs in-house, from the initial design concept to the final testing. 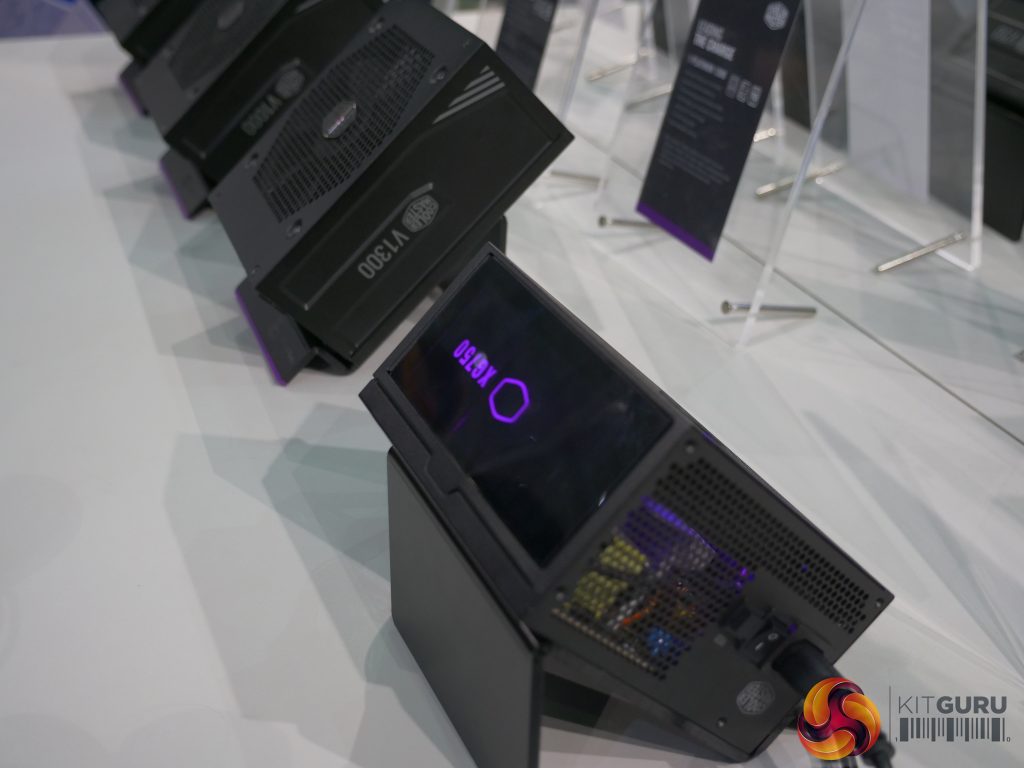 The MasterWatt V series will succeed the current V series, ushering in longer cables, a bigger and semi-passive fan, a switch to disable semi-passive cooling and a longer warranty, among other unannounced changes.

KitGuru Says: It always shocks me just how much Cooler Master has in the works. It’s good to see that the team hasn’t slowed down on innovation despite both markets being a little oversaturated.