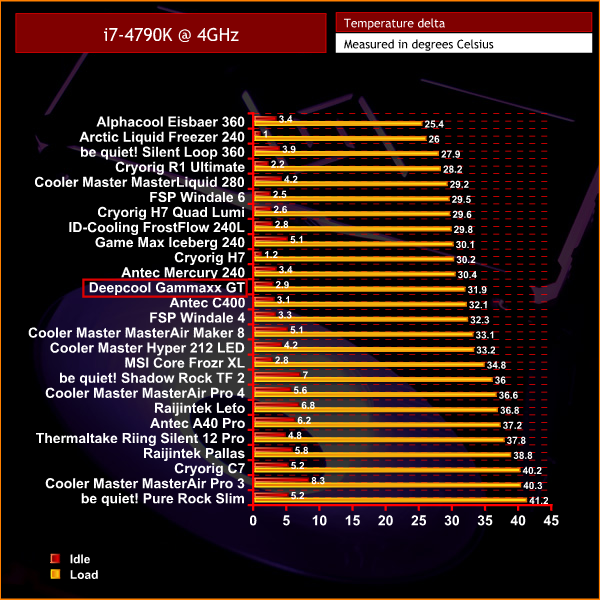 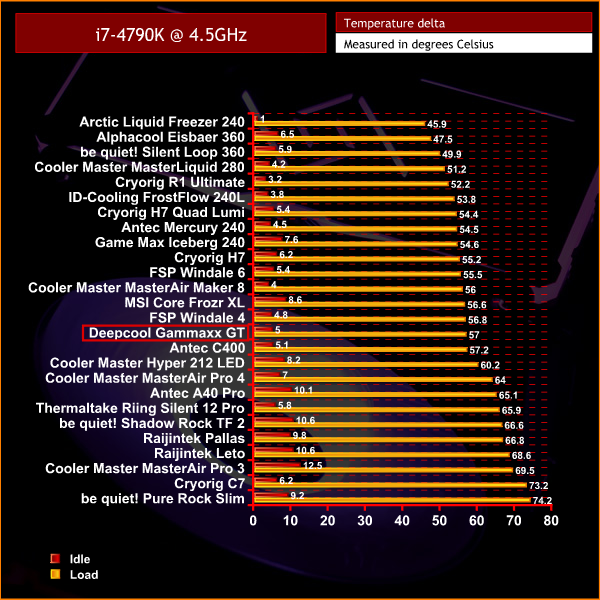 In all honesty, the Gammaxx GT performs pretty much the same as other similarly-sized, 4-heatpipe air coolers. Across both tests, its performance figures are very close to the likes of the FSP Windale 4 and the Antec C400 and this makes sense, as they are essentially the same cooler.

The Gammaxx GT isn’t quite in the same league as the H7 Quad Lumi – its main competitor – but it is cheaper, so there is definitely some element of compromise.

Noise levels are quite low, too, which definitely helps matters. Even when running an overclocked CPU under 100% Prime95 load, the RGB fan does not spin past 1500 rpm so it is far from intrusive. The fan is audible, yes, but put it in a case that is under your desk and it becomes very hard to complain about.