Fan config: Does it matter? Testing push vs pull vs push/pull

I must admit I was quite surprised by the results – specifically, by the fact that using extra fans (one extra for the air cooler, two extra for the AIO) in a push/pull configuration made so little difference.

To put it in plain numbers: across both tests, using a push/pull configuration yielded up to a 4 degree reduction in temperatures. In some cases, the difference was 2 degrees. Why is this?

To answer such a question, I cannot give a definite answer, only a few suggestions. 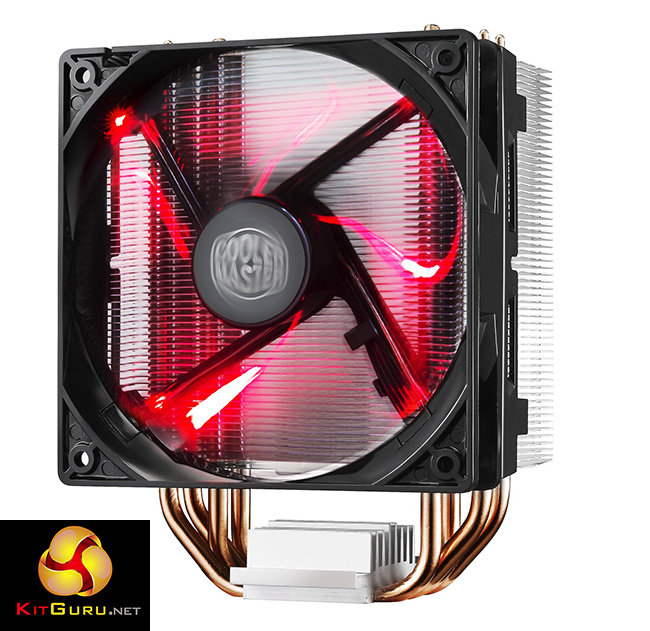 First, I would point out neither the Cooler Master 212 LED or the Arctic Liquid Freezer 240 are the biggest of coolers.

What I mean is, the air being pushed through each cooler does not encounter as much resistance as if I had been using a 60mm-thick radiator, for example. This would mean using any extra fans in push/pull makes little difference as the air is already flowing easily enough, rendering the extra fans redundant.

Another factor could be the fan speed. I set every single fan used in the test system to run at 50% – this way we eliminated any potential interference from the motherboard’s PWM controller. However, I would suggest at a lower fan speed – say 25%, for example – using a push/pull configuration may have made a bigger difference. This would be because less air is flowing due to the lesser fan speed, so adding in the extra fan(s) in a push/pull config could have made a bigger impact as it would have increased the amount of air flowing by a significant margin.

However, both those explanations are just educated guesses – I could not confirm anything until I tested both of those hypotheses as well. I would also stress I am not trying to take away from the results – only to explain why the difference is not as big as I thought it would be.

There is also the small caveat that a test like this is hardware-specific, so I cannot guarantee the temperature difference between fan configurations would be the same 4 degrees across all PC systems. That being said, though, I conducted each test in a scientific fashion and the results do not lie – the biggest gain I saw from using a push/pull setup over a pull configuration was just 4 degrees.

Whether or not this 4 degree difference is significant depends on the circumstances. For example, if your CPU peaks at 50 degrees by default, then there would be little point in investing extra cash for fans to run a push/pull configuration. By contrast, if your CPU is much hotter and is getting close to its thermal ceiling, an extra fan or two would go a long way to bringing those temperatures down to a safer level.

Still – as I said, the data cannot lie. As such, the conclusion I would draw from the data is this: unless your CPU’s temperatures would really benefit from a 4 degree reduction in temperatures, fan configuration does not matter that much after all.

KitGuru says: In this article I have shown that, in actual fact, fan configuration actually makes little difference. Still, we want to hear from you on this – so sound off in the comments about what cooling setup you have and whether you think it needs any tweaking. Bonus points to anyone who tells us their max temperature under 100% load!

Previous Oculus VR’s UK retail strategy is bizarre
Next How do you feel about crowd funding campaigns hiring PR firms?