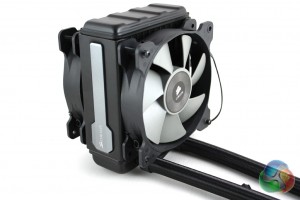 While the basic design of the Corsair Hydro H80i GT is not far detached from the original H80i, one of the key differences is that it boasts a significantly thicker radiator measuring 49mm, rather than 38mm. As we saw with the H100i GTX, it appears as if the H80i GT uses a completely different OEM design to the original H80i, with design clues hinting that it is based on an Asetek design rather than the original’s CoolIT Systems design. 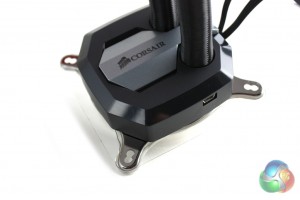 The Hydro H80i GT features the same mounting mechanism as the H100i GTX, which includes the pre-installation of the Intel mounting plate. This is likely to make the installation process a little more complicated for those users who are looking to build an AMD based system, but should simplify the process significantly for the majority of users who are building an Intel based system. 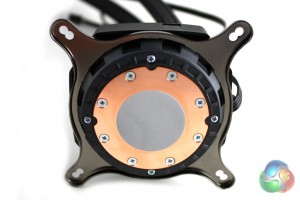 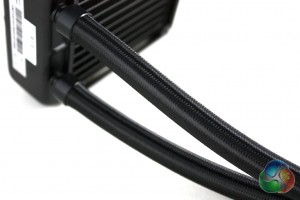 Like the H100i GTX, the H80i GT features braided tubes to connect the CPU block and radiator which seem to be a step up in terms of quality when compared to previous rubber tubes.  They are less flexible, though, and are therefore more difficult to route into position. 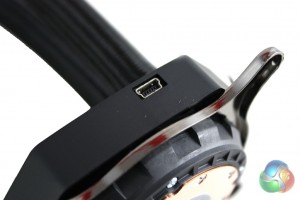 We find a mini-USB jack in the side of the CPU block and pump unit which enables the Corsair Link functionality.  Corsair Link can be downloaded from the Corsair website and takes the form of a software utility which lets us configure various aspects of the performance of the cooler. 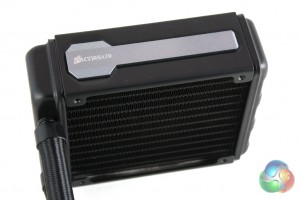 The 120mm radiator is slightly thicker than we have seen with previous models, with the only other difference being the addition of a piece of grey trim which boasts the Corsair logo. This improves the radiator from an aesthetic point of view, and we understand that these are interchangeable and can be customised with different colours. Unfortunately Corsair do not include any other coloured trim with the unit. 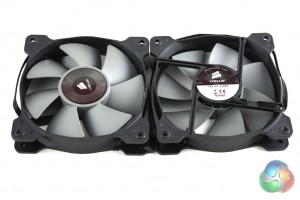 Corsair include two SP120L fans with the cooler which are very good quality. They are very similar to the SP120 fans which Corsair sell separately, albeit slightly cheaper versions with added PWM functionality. These are 120mm models which spin up to 2,435 RPM.