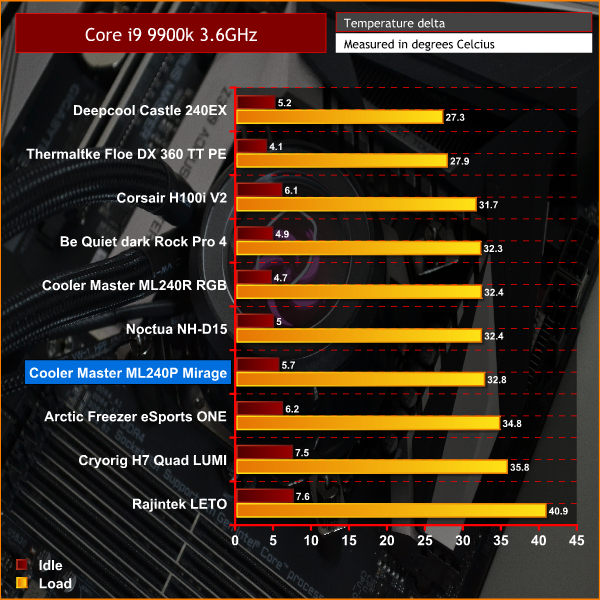 With the Core i9 9900k at stock frequency, our Cooler Master ML240P is sitting around mid table with just slightly higher idle and load temperatures than the mighty Noctua NH-D15. However, it is just below its cheaper brother the ML240R RGB which seems odd. Still outperforming the lower priced air coolers though. 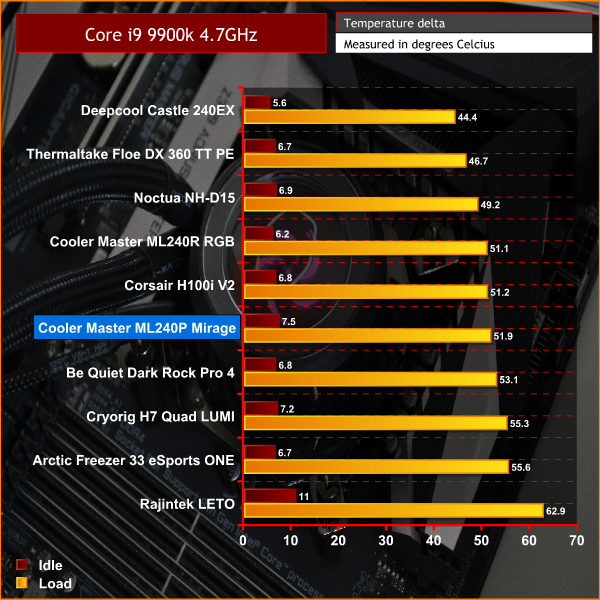 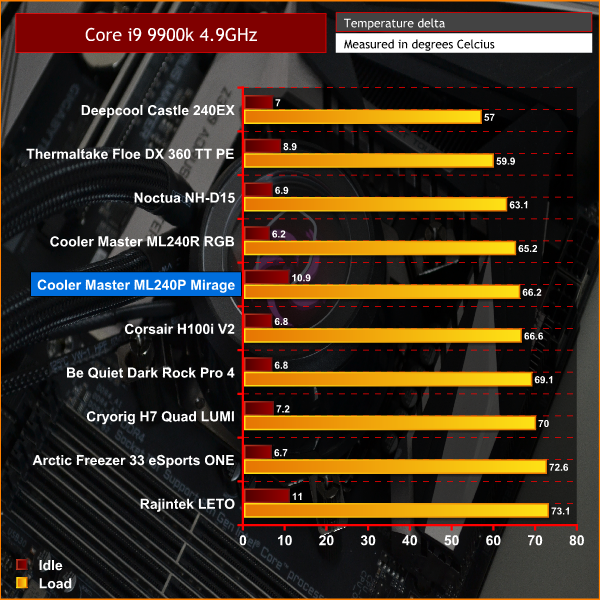 At 4.9GHz, the ML240P holds onto its mid table spot at just a couple of degrees lower than the Dark Rock Pro 4. With maximum temperature spikes peaking at 94°C, close to the 9900k’s thermal limit, that is worrying. Once again, we see the cheaper Cooler Master ML240R RGB outperforming the ML240P Mirage without any sign of throttling CPU frequency. 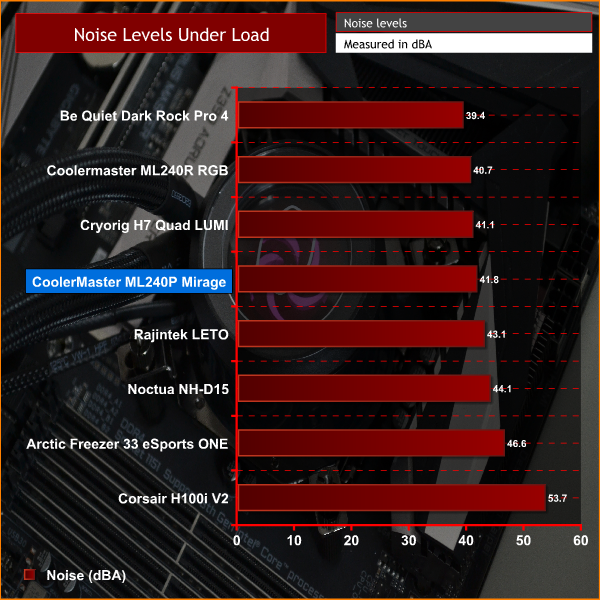 In the noise level test, under load, the ML240P continued its theme of being average and holding on to a mid table position. Once again, it has been outperformed by its cheaper alternative from Cooler Master. It is, however, quieter than several of the competition, including the Noctua NH-D15 and Corsair H100i V2.