EKWB has launched a unique new chipset water block for Gigabyte Aorus X570 based motherboards that completely replaces the stock PCH heatsink and more importantly, the annoying small and noisy cooling fan that has been introduced with AMD X570 motherboards.

The Aorus X570 chipset block is designed to minimise flow restriction while providing great thermal dissipation for a PCH chip that can draw up to 15W of power. The EK-Quantum Momentum Chipset Aorus X570 Plexi water block is compatible with Gigabyte X570 Aorus Elite, Ultra and Master motherboards. The water block is mounted to the PCH chip via four screws inserted from the rear of the motherboard and provides a smaller footprint compared to the stock PCH heatsink. 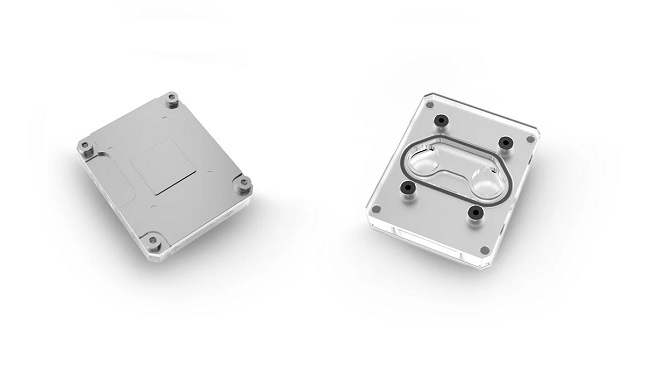 The thermal transfer plate on the EK-Quantum Momentum Chipset Aorus X570 Plexi water block is CNC machined from a nickel-plated high grade of copper, the top section is manufactured from a plexiglass Acrylic material with an EPDM rubber O-ring seal.

EK-Quantum Momentum Chipset Aorus X570 Plexi water block is available for pre-order through the EK Webshop and authorised retailers. The EKWB Aorus X570 PCH water block will be priced at €39.90 and is expected to start shipping from 22nd January 2020.

KitGuru says: This new water block from EK will replace the stock heatsink and fan on X570 Aorus motherboards. Do you guys who have X570 motherboards think this is a worthwhile upgrade from stock? is the PCH fan noise that noticeable?

Previous Sony won’t be at E3 2020
Next In the wake of PlayStation’s announcement, Microsoft confirms its E3 presence