The new SE-234-ARGB tower cooler from ID-Cooling is set to be the company’s offering in the mid-range CPU air cooling market and has all the features to make it a candidate for your next PC build. The new cooler will please RGB lighting enthusiasts as it features RGB lighting areas to the fan blades and the heatsink top cover.

ID-Cooing has equipped the SE-234-ARGB with four direct touch copper heatpipes running through the thermal transfer plate at the base, with a 120mm PWM fan attached by a new metal-mecha mounting system to the large heatsink. The entire heatsink is covered with a black coating to give it a stealthy appearance. 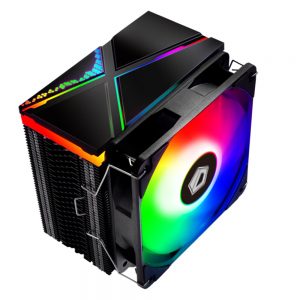 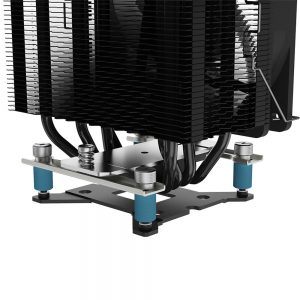 The RGB lighting is connected to a single cable which can then be plugged in directly to a standard 3-pin 5V motherboard header that can be configured and controlled by motherboard RGB sync software such as Asus Aura Sync, Gigabyte RGB Fusion, MSI Mystic Light Sync or ASRock Polychrome Sync. For users without RGB integration on the motherboard, ID-Cooling includes a standalone RGB lighting controller to provide multiple RGB lighting effects.

KitGuru says: This new tower cooler looks like a pretty beefy design for the price and should be capable of cooling mainstream desktop CPUs at stock frequency. Is it something you guys would be interested in for your next build