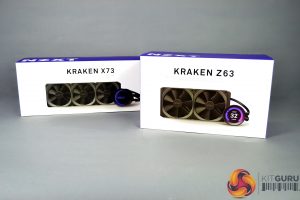 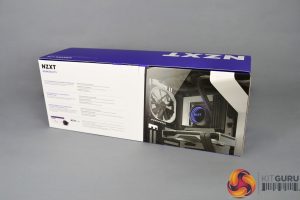 Both the Kraken X73 and Z63 arrive in cardboard packaging sporting the traditional NZXT colour scheme of white and purple. On the front of the box is a large image of the cooler taking up most of the real estate and on the back are some key details, along with an additional image of the cooler installed inside an NZXT system. 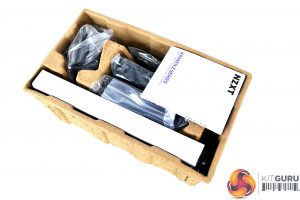 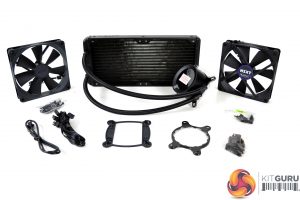 All the components of the cooler are neatly packed into a cardboard crate, offering an additional layer of protection. Inside the crate of the Z63 are two Aer P 140mm fans, SATA power, fan splitter and USB cables as well as mounting hardware for Intel and AMD platforms typical of Asetek based coolers, an installation/user manual and obviously the cooler itself. 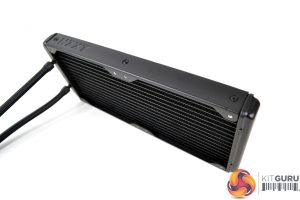 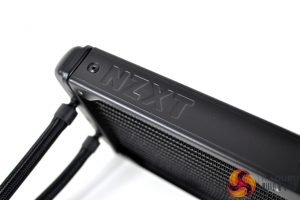 The aluminium radiator of the Kraken X73 and Z63 are again typical of Asetek based coolers, with a smooth black coating and dense fin structure. The fan mounting plate riveted to both sides of the radiator features an embossed NZXT logo that gives a unique look while retaining the understated appearance. 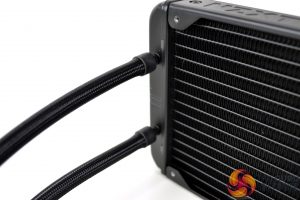 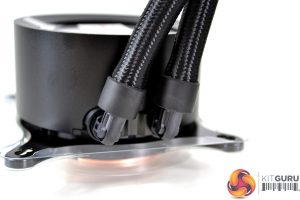 Tubing at the radiator side of the cooler is in a fixed position, while at the CPU block side there are articulating 90-degree fittings to aid with the orientation of the block during installation. Tubing has a solid reinforced feel to it while being pliable enough to allow for tight radius bends. The tubing is covered with a premium-looking braided sleeving which is common these days. 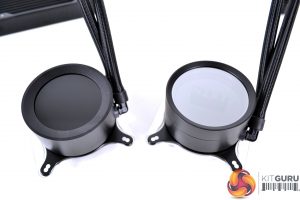 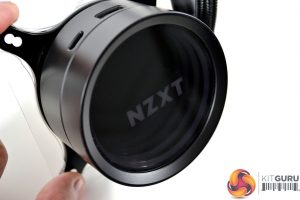 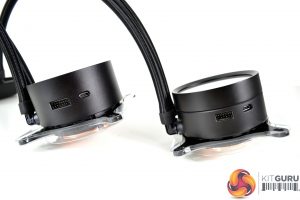 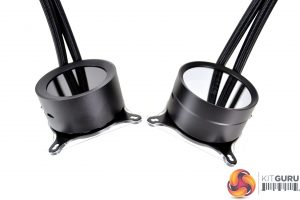 Another minor difference between the two CPU blocks is the connections on the pump housings. The X-3 series has a 10-pin power connector while the Z-3 unit has a larger 14-pin socket, both units have a micro USB socket for connecting to a motherboard header for NZXT CAM software control of RGB lighting and system information. The X73 also has a rotating CPU block top cover so users can rotate the NZXT logo to the current orientation after installation. 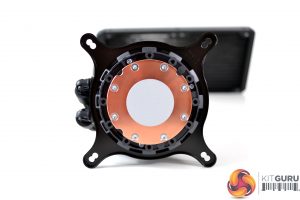 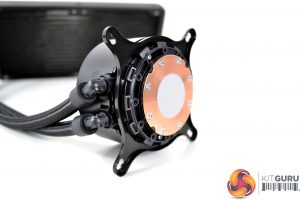 At the base of the CPU block is a distinctive Asetek circular copper thermal transfer plate with a smooth machined finish. The CPU block comes pre-installed with the Intel mounting bracket (AMD AM4 Bracket is included too) as well as a pre-applied thermal compound coating. 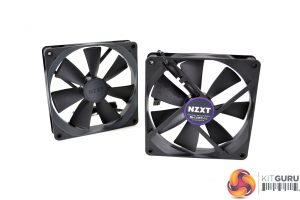 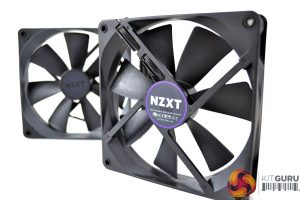 NZXT Aer P fans included with both the X-3 and Z-3 series exhibit a very understated appearance with a black and grey colour scheme and not a hint of RGB lighting in sight. Screw mounting points are fitted with anti-vibration rubber inserts and power is supplied to the fan via a simple 4-pin PWM cable. 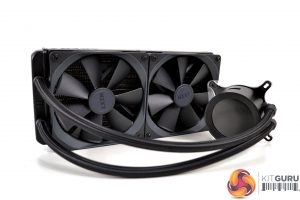 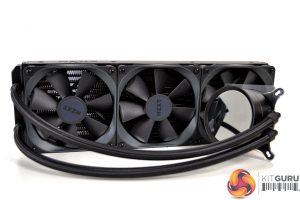 The overall build quality, materials used in construction, the finish of the coolers and fans looks to be of a very high standard. The CPU block has a real chunky feel to it and when powered off, the coolers have a very understated appearance which we quite like. During the installation process, we will see how the aesthetics of the two coolers CPU block differ once the system is powered on.