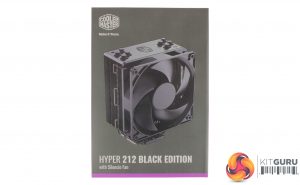 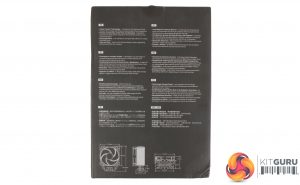 Packaging follows the same aesthetic as Cooler Masters other current products with smaller purple accents, and the front featured a large image of the new all blacked out cooler. The rear of the box lists a couple of the coolers key features, as well as details of dimensions to help with confirming compatibility. 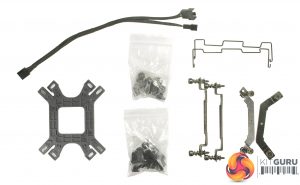 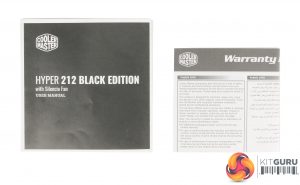 And in the box we find the cooler itself, with the included 120mm fan attached, an accessories pack with mounting hardware for all current Intel and AMD mounts. A warranty and instruction manual are also included as well as two really cool additions, an extra set of mounts if you wanted a push-pull configuration, and a 4 pin PWM splitter cable. 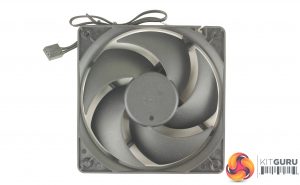 The included fan for the Black edition is a 4 Pin PWM Silencio FP120, all blacked out with a nice big blade design which looks a bit like it’s been included for higher static pressure rather than airflow. It’s worth noting that the Silencio FP120 is available as a standalone part from Cooler Master which would make it very easy to upgrade to a push-pull configuration with the included additional fan mounts and splitter cable.

For those who would prefer a bit more colour, there is an RGB variant of the 212 Black edition for £42.99. The heatsink itself is the same, but you do get the SF120R RGB fan along with an RGB controller so, for the £13.00 bump in price, you do get good value if you are more ‘RGB inclined’. 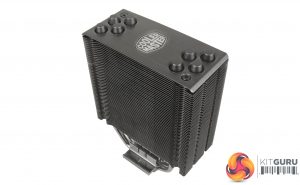 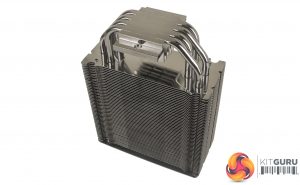 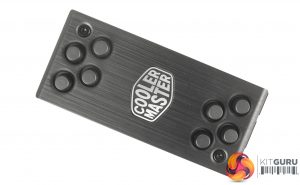 In the hand, it feels just like the 212 LED, as they do share an almost identical design. Straight away though you get a sense of Cooler Masters intentions to improve on the looks of the cooler. The fins and heat pipes have been given a nickel plated coating so although coated, it’s likely that this won’t be impacting on heat dissipation.

Alongside the cleaner black nickel coating, the top of the cooler also sports a really good looking top cover which is made from brushed aluminum, with a matching gunmetal black finish. The tops of the heat pipes are all capped as well, and there is a nice and shiny cooler master logo. Overall very clean indeed. 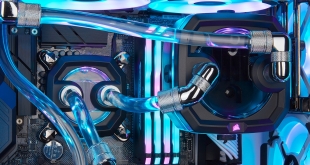