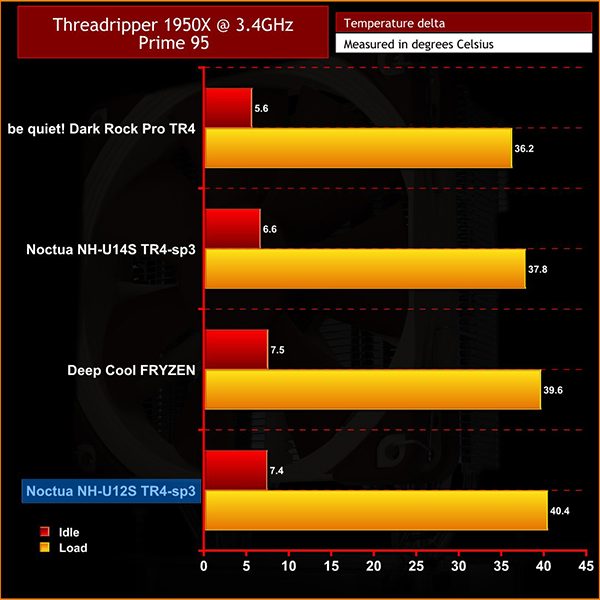 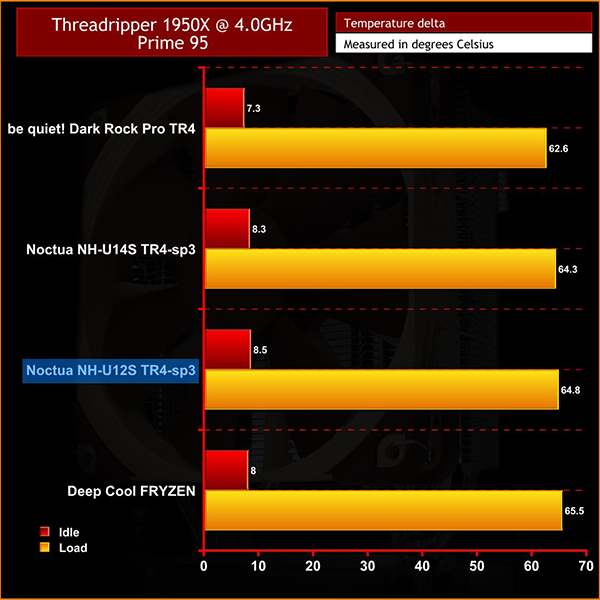 With our 1950X overclocked to 4.0GHz on all cores, temperatures for a single 120mm air cooler look really good at just under 65 degrees at full load, and idling at 8.5 degrees. At stock clocks, the NH-U12S TR4 kept the maximum temperature to 40.4 degrees, with a slightly lower idle figure of 7.4C. 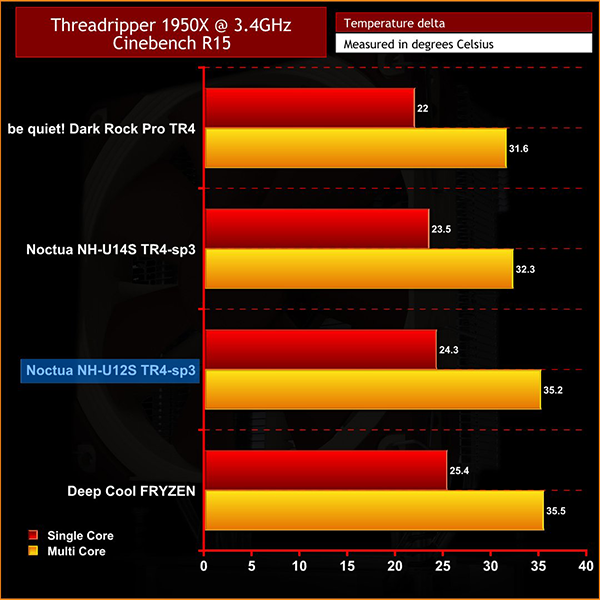 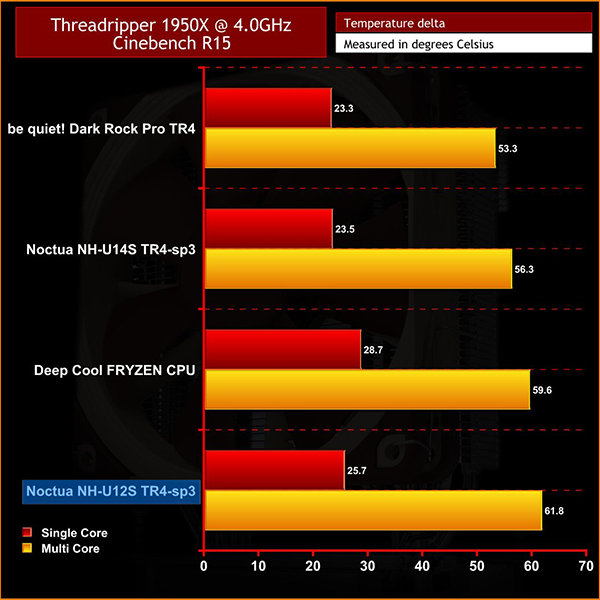 Cinebench’s multicore test zips by so fast with all 32 threads being put to use, so we run multiple passes to allow temperatures to plateau. With the CPU overclocked, that brought us a peak figure of 61.8 degrees, while we also saw a peak of 25.7C when running the single core benchmark.