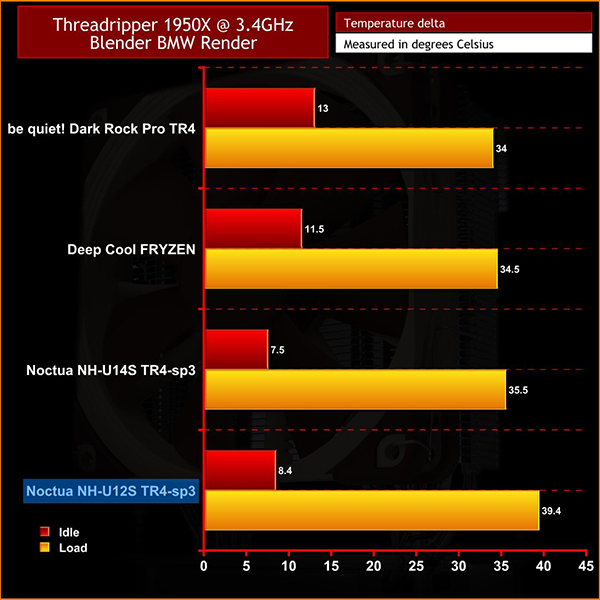 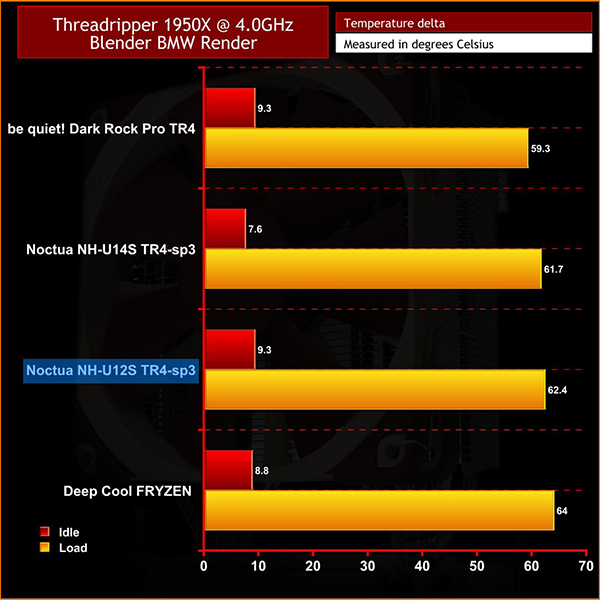 Our Blender BMW benchmark testing is a bit more of a real-world scenario for the 1950X, and the NH-U12S TR4 still performs well with a peak figure of 62.4 degrees when overclocked, and 39.4C with the CPU at 3.4GHz. 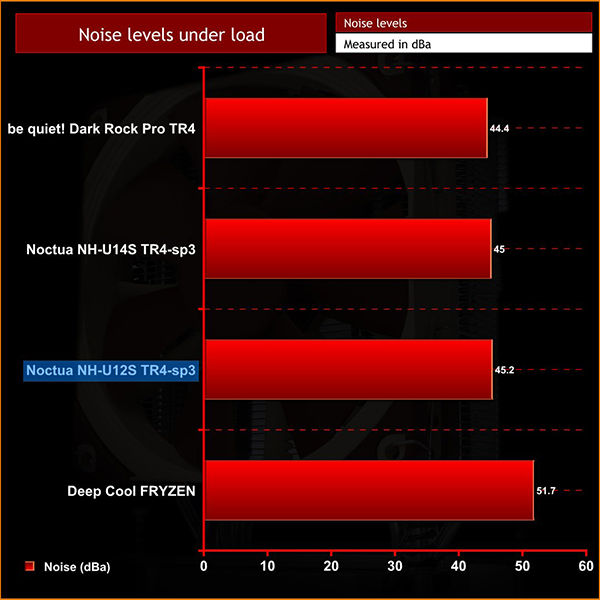 At 100% load, we measured the NH-U12S TR4 producing 46.2 dBa of noise, making it a little louder than the Dark Rock Pro 4 TR4 – which makes sense considering how much harder it has to work to maintain temperatures while only operating with a single fan. The included low noise adapter wasn’t used during testing though, so this is certainly something which could be implemented if you want to reduce audible noise further at the cost of thermal performance.