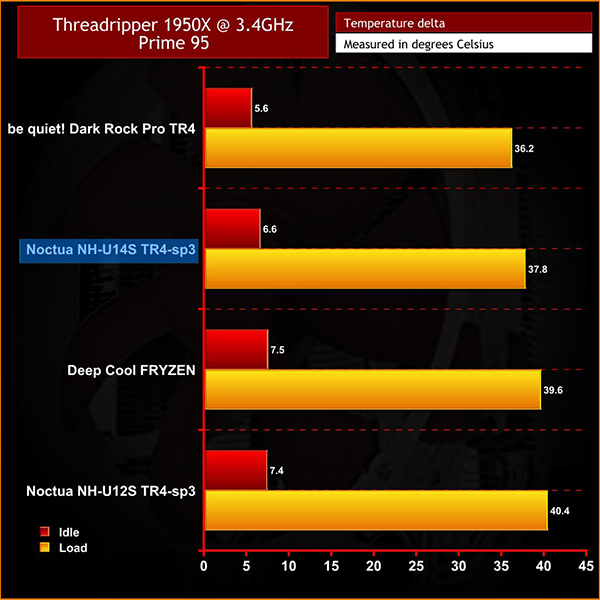 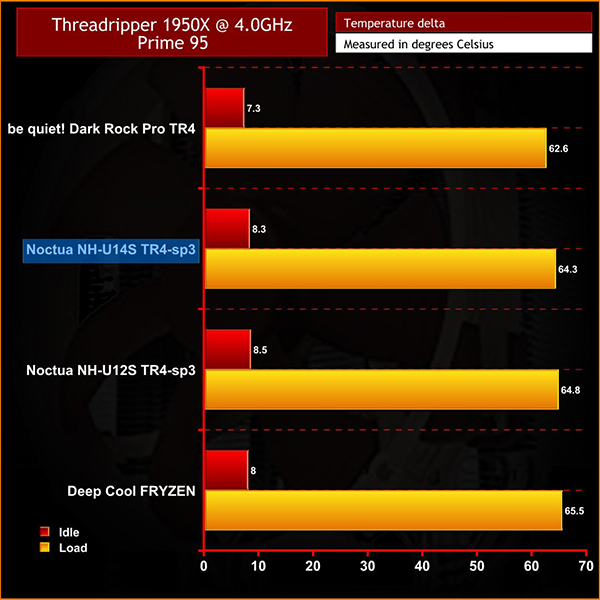 Starting with Prime, the NH-U14S TR4 sits basically exactly where expected, in between the smaller NH-U12S TR4, and the dual fan Dark Rock Pro TR4 with a max temp of 64.3 degrees, when our 1950X was overclocked to 4.0GHz. At stock, we see some much better temps at 37.8 degrees. 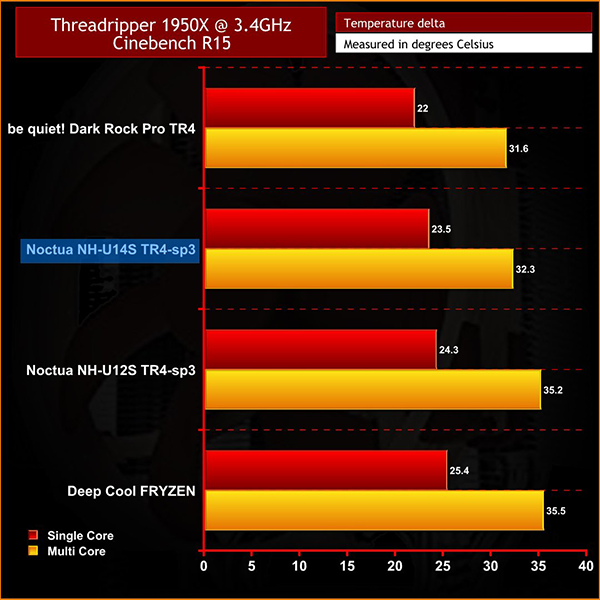 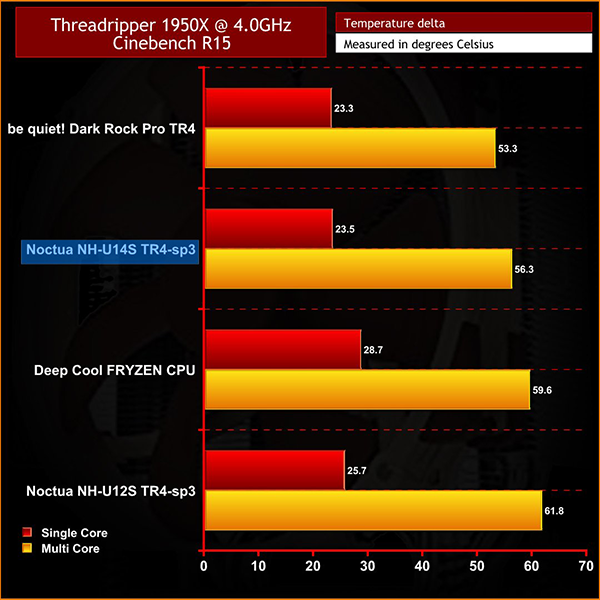 With Cinebench running a number of passes of the multicore benchmark to ensure that temperatures had levelled out we do see quite a drop of about 8 degrees, to 56.3 degrees when overclocking, and 32.3 at 3.4GHZ. Both single core temperature results came out the same at 23.5 degrees.