Advanced Micro Devices continues to express confidence that its next-generation high-performance general-purpose processing cores – known as “K12” and “Zen” – will be successful on the market of servers. After exiting the market of micro-servers by shutting down SeaMicro, AMD now focuses on development of high-performance microprocessors for x86 and ARM-powered machines.

“The x86 server market is a very large market and it is one, where we have historically been successful,” said Lisa Su, chief executive officer of AMD, in the company’s quarterly conference call with investors and financial analysts. “I do believe that it is an area that we can grow over the mid-term.”

AMD is expected to release server-class Opteron processors based on “Zen” and “K12” cores in 2016. Nothing particular is known about these upcoming Opteron chips except of the fact that they will be made using 14nm or 16nm FinFET process technologies. AMD claims that it is increasing investments in its enterprise, embedded and semi-custom (EESC) business unit in order to develop appropriate solutions for servers. Keeping in mind the fact that design of FinFET chips alone costs tens to hundreds millions of dollars – roughly three times more than design of chips with planar transistors – AMD simply has to increase its investments in order to develop its new server chips. 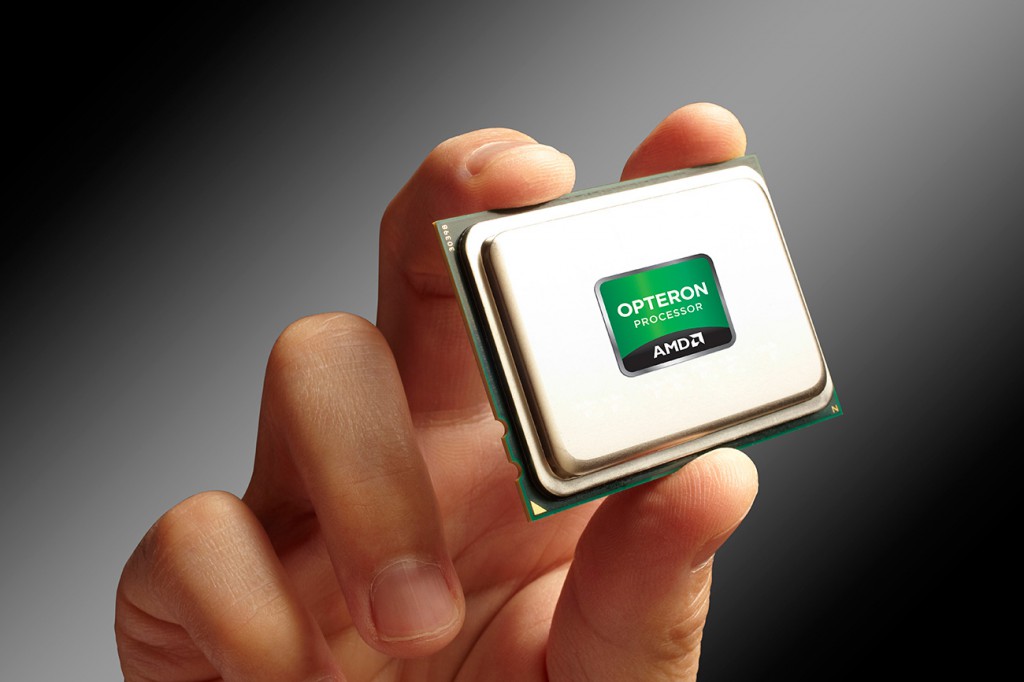 AMD realizes that in the modern world many owners of large cloud datacenters, such as Amazon Web Services or Facebook, require semi-custom and full-custom chips to run their servers. As a result, in addition to developing standard processors, the company is also designing special-purpose hardware blocks (e.g., hardware accelerators for security, storage, networking and virtualization applications), which could be used for semi-custom system-on-chips for servers.

“We are making significant investments in standard server processors as well as in the IP for semicustom opportunities,” added Ms. Su. “Think of it as x86, ARM, the other technologies required to make competitive server products.”

Although AMD continues to talk about its server opportunities, it does not reveal any particular plans about its new Opteron chips, such as availability timeframes. All we know about AMD’s server strategy today is that the company wants to address cloud and enterprise datacenters as well as networking segments with standard and semi-custom products.