Advanced Micro Devices reportedly plans to outsource development of its core-logic sets to Asmedia, a controller chip developer co-owned by Asustek Computer. While the plan may further reduce AMD’s costs and potentially will allow to quicker respond to market demands, it will also shrink AMD’s ability to offer fully-integrated platform solutions.

Historically, Advanced Micro Devices was solely a large manufacturer of microprocessors, which mostly relied on core-logic sets from third-party developers (the company did offer its own chipsets at times, though). After the company acquired ATI Technologies in 2006, AMD decided to exclusively develop its own chipsets in a bid to boost its revenue and provide fully-integrated platforms consisting of processors and supporting logic. Today AMD processors for desktops, notebooks and servers are only supported by the company’s own chipsets.

The general market trend that has been ongoing for more than ten years is integration of additional functionality into microprocessors. The key PC components, such as memory controllers, graphics processing units, the PCI Express controllers and other have been integral parts of central processing units for some time now. However, input/output interfaces, such as Serial ATA, Ethernet, USB, additional PCI Express controllers and other things still remain inside the I/O controllers (which are also called FCH [fusion controller hub], PCH [platform controller hub] or south bridges). Nonetheless, given the market trend, the majority of I/O capabilities over time will move into the central processing units, just like it happened on the market of mobile system-on-chips for smartphones and tablets.

In a bid to support SATA Express (SATAe) interconnection technology with its next-generation core-logic sets that are due in 2015 and thus make its next-generation FCH chips more competitive, AMD recently licensed intellectual property from Asmedia (at least, according to unofficial information). The move helps AMD to cut-down its costs; reduces expenses of mainboard makers, who will not have to buy additional chips to enable the SATAe on their 2015 mainboards for AMD processors; and lets Asmedia capitalize on its IP.

If another piece of unofficial information from Taiwan is correct, then AMD plans to significantly broaden its relationship with the designer of controllers. According to DigiTimes web-site, AMD is now considering to completely outsource development of its FCH chips to Asmedia.

The move has several major advantages as well as a number of disadvantages for AMD. On the one hand, it allows AMD’s partner to develop core-logic in tight contact with mainboards makers as well as PC manufacturers in China and Taiwan; it gives AMD an opportunity to better address the rapidly growing market of PCs in China; it lets AMD to fully focus on creation of competitive microprocessors and system-on-chips. On the other hand, development of the FCH chips by a third party will bring AMD back into pre-ATI acquisition era and will hypothetically lower excellent compatibility between AMD processors and supporting chipsets; it will potentially reduce trust into AMD platforms; since AMD needs to integrate all the I/O into its chips for mobile devices (such as media tablets), it will have to continue developing its own I/O or FCH solutions anyway, hence, outsourcing of core-logic development will provide very limited amount of benefits. 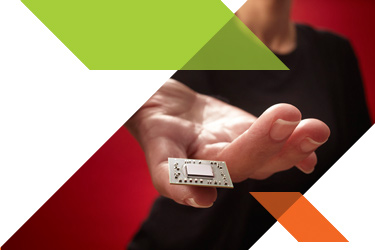 At present AMD’s development teams in the U.S. and Canada are busy with several projects that will completely reinvent the company. AMD is working on the code-name Skybridge chips that will integrate either ARM Cortex-A57 or x86 Puma+ cores; besides, the firm is developing its new accelerated processing units based on the high-performance Excavator cores; additionally, AMD is designing its K12 ARMv8-based low-power/high-performance architecture; finally the company is reportedly working on an all-new x86 micro-architecture that will power high-end chips for demanding applications. There are a lot of things under development at AMD and the company may have reasons to outsource non-key R&D activities to a third-party. However, this will bring it a number of disadvantages.

KitGuru Says: Looks like AMD is considering rather tough options. Outsourcing chipset development will basically return AMD to its past. However, in a bid to secure its place on the rapidly changing market of microprocessors and system-on-chips, unusual decisions have to be made sometimes. For example, even Intel Corp. recently signed a contract with Rockchip under which the latter will design a quad-core Atom-based SoFIA SoC for Intel.