We've still had no official word on the release of AMD's Ryzen 7 4700G and Ryzen 5 4400G, but leaker Apisak has already released figures showing the 3DMark performance of the upcoming APUs.

Earlier this year, AMD released the 4000-series Ryzen APUs for laptops. These accelerated processing units (APUs) combine the Zen 2 architecture with integrated graphics from the Vega architecture, and it's expected that the upcoming 4000-series models for desktops will have a similar composition. 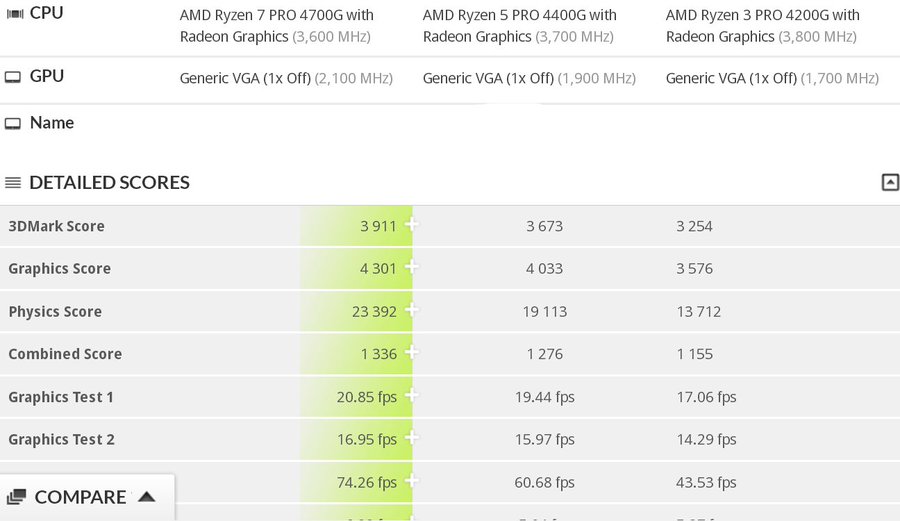 We're still not certain when the 4000-series APUs will be released, but it's expected to be after the Ryzen 3000 refresh in July.

KitGuru says: Are you interested in seeing more benchmark results from the Ryzen 7 4700G and Ryzen 5 4400G?