AMD’s x86 Zen-based processors were met with critical acclaim last year, placing the chipmaker in a competitive position against the blue team once again. Using this new architecture, the red team is determined to “enter a new age for high-performance embedded processors,” introducing the new Ryzen Embedded V1000 and the EPYC Embedded 3000 family of processors.

The chipmaker’s Ryzen and EPYC series of processors are comparable to that of Intel’s Core and Xeon lines, in that the former helps maintain a foothold in consumer markets and the latter is for the more demanding workloads of professional systems.

Bolstering its line of both enables AMD to expand its already strengthened grasp of PCs, laptops and datacentres and push into networking, storage and industrial solutions, to which the company outlines anything from casino/arcade gaming machines to medical imaging to communications infrastructure. 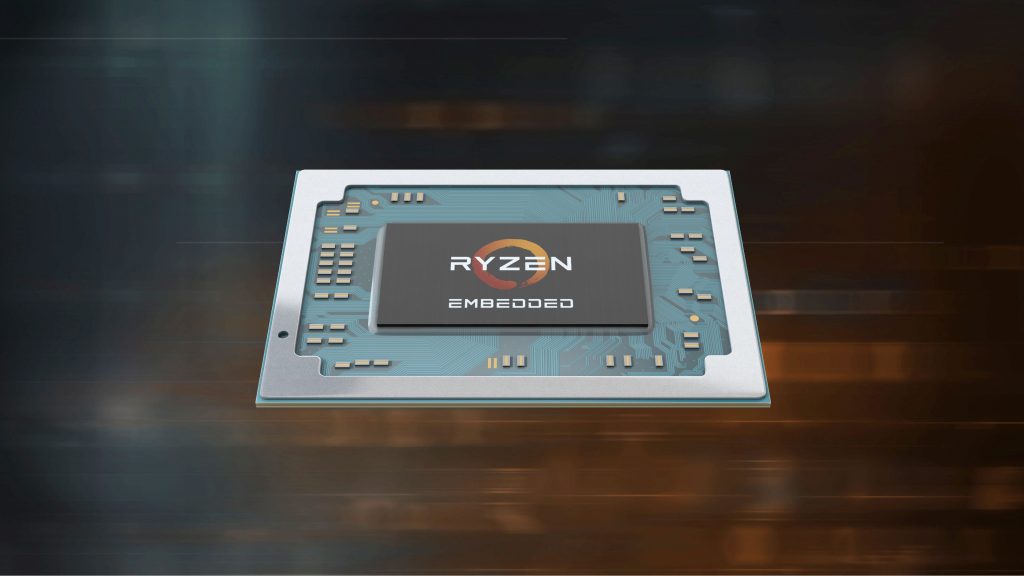 By coupling Zen CPU architecture with AMD’s Vega GPU design on a single die, the company pegs the Ryzen Embedded V1000 as its most powerful APU yet. It offers up to 4 cores and 11 GPU compute units per chip, resulting in a peak of 3.6 TFLOPS7, according to AMD.

Other numbers pushed by the company state that it can offer twice the uplift in performance from previous generations, three times more GPU performance over competition and 46 percent more performance in multi-threaded tests. Of course, all of these numbers are prefixed with “up to,” so take them with a pinch of salt until reviews hit the web.

The EPYC Embedded 3000, however, is built to be “highly scalable,” offering from as low as 4 cores to a sizeable 16, each available in single- and multi-threaded configurations. The “up to” numbers for the EPYC Embedded 3000 claim that it can offer 2.7 times more performance-per dollar than anything on the market and twice the connectivity of competition, all while housing “enterprise-grade reliability, availability and serviceability.”

These numbers will be confirmed when AMD embedded customers release their products based on the new Ryzen and EPYC processors, which are already in the works. One example is the Esaote ultra-performance MyLab9 eXP ultrasound system based on the Ryzen Embedded V1000, which is aiming to release around Q3 2018.

KitGuru Says: APUs and embedded processors have always been a strong suit for AMD, even when the red team was fading in the desktop CPU market. Needless to say, it’s good to see the chipmaker back up on its feet, firmly in the game and putting up a good fight against competition. It’ll be interesting to see what makes use of Zen’s powerful architecture. What do you think would be a good application for the new family of processors?