Back in October we conducted an in-depth test of AMD’s FX-8150 Black Edition, the range topping processor based on their latest Bulldozer architecture.  We were reasonably impressed with the chip as it overclocked well and outperformed the Intel Core i5-2500K in a number of tests.

While we covered the FX-8150 Black Edition in depth when Bulldozer launched, we haven’t had a chance to test the slightly less powerful FX-8120 Black Edition until now.

Aside from the lower base clocks and turbo clocks, the FX-8120 Black Edition is essentially the same as the FX-8150 Black Edition. They both feature eight cores, 8 MB of L2 and L3 cache and a TDP of 125W.

We have already taken an in-depth look at the Bulldozer architecture in our launch review over here, so we won’t be covering this in the review today.

AMD have kindly supplied us with an Asus M5A99X EVO motherboard for this review, featuring the AMD 990X Chipset. We will be comparing the AMD FX-8120 Black Edition with an Intel Core i5-2500k in this review. 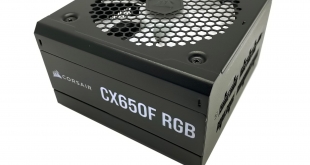 Looking for a new power supply? How about this 80+ Bronze offering from Corsair - with RGB lighting