In just over a months’ time, the 2020 Formula 1 season will be underway when the lights go out in Melbourne Australia and AMD will be on the grid. The company has announced a multi-year deal with current Formula 1 world champions, the Mercedes-AMG Petronas team.

AMD and the Mercedes-AMG Petronas Formula One team have agreed a multi-year deal that will see AMD logos on both sides of the 2020 Mercedes F1 car’s cockpit as well as on the drivers’ race suits, on the teams clothing and Mercedes-AMG the engineering station.

“We are thrilled to join forces with the Mercedes-AMG Petronas Formula One Team, a team operating at the cutting edge of technology and with whom we are a shared spirit in delivering incredible innovation and performance from the factory to the racetrack.” Said John Taylor, chief marketing officer at AMD. 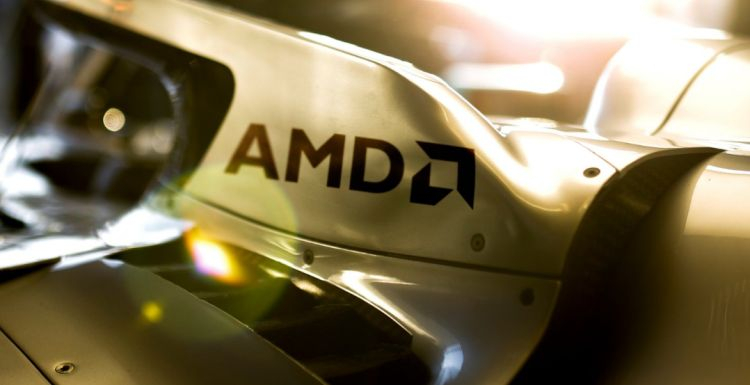 AMD previously partnered with Mercedes F1 rival team Ferrari, however, form the beginning of the 2020 season AMD branding will be exclusive to the Mercedes-AMG Petronas team. The new deal will also mean that the Mercedes-AMG Petronas Formula One team will begin using AMD commercial systems, such as AMD EPYC server processors and the team’s laptops will contain AMD Ryzen PRO CPUs to help optimise various demanding workflows.

“Innovation is at the heart of Formula One, we always try and push the technological boundaries in our hunt for performance,” said Toto Wolff, Team Principal and CEO of the Mercedes-AMG Petronas Formula One Team. “We are delighted to have AMD join our team as a partner and we look forward to the journey ahead of us as we explore sophisticated solutions to unlock untapped performance potential.”

KitGuru says: Being a huge Formula One fan and tech enthusiasts myself, I’m looking forward to seeing the AMD branding on the Mercedes F1 car when the new season starts. If you want to get a sneak preview, Mercedes are set to launch their 2020 F1 car on 14th February at Silverstone with the new AMD logos on show.