AMD partners with Fujitsu in the new Primergy LX1430 server

The new single-slot rack server from Fujitsu is designed to meet the needs of scale-out cloud environments and will provide significant TCO savings for customers, with its high performance and lower power consumption. The Primergy LX1430 systems feature a single 2nd generation AMD EPYC 7002 series processor with up to 64 cores and 16 memory slots with a maximum of 512GB capacity 3200MHz DIMMs supported. 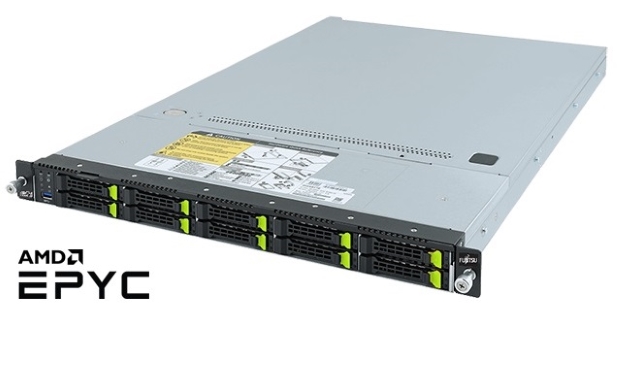 2nd generation AMD EPYC processors are specifically designed for modern data centre workloads. With up to 64 ‘Zen 2’ cores and a 7nm manufacturing process combined with PCIe 4.0, it provides customers with the ideal combination of features to unlock maximum performance in virtualisation, cloud and HPC applications. The Fujitsu PRIMERGY LX1430 also features enhanced RAS functions and a ‘proactive fan function’ that adjusts fan speed depending on ambient temperature to reduce internal temperature and maintain reliability.

KitGuru says: AMD is expanding its data centre server partnerships in this collaboration with Fujitsu and further increasing its cloud solutions portfolio. What do you guys think about this news? Do you think we will see Zen 2 dominating the data centre market as we have seen in desktop PCs?