It has been rumoured for months that Intel will launch 10th generation Comet Lake-S desktop processors in April this year, something that has not been officially confirmed by Intel. However, leaked NDA information over the weekend may have all but confirmed an April/June release date.

Just a few days ago, we saw the first photos of what could potentially be 10th generation Intel Comet Lake-S processors, with images of two CPUs marked Intel confidential claiming to be Core i9-10900K and i7-10700K processors. In a more recent Intel Comet Lake-S leak, another photo has popped up, claiming to be a new Intel Core i5-10400 processor, along with some early NDA information. 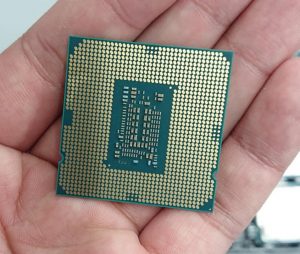 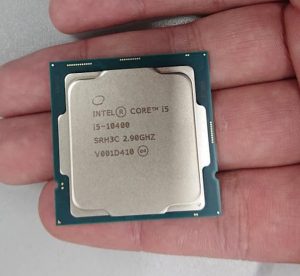 Images of the Intel Core i5-10400 processor were originally uploaded to the PTT website and noticed by Uniko’s Hardware. The images show what looks like a retail version of the CPU since the actual Intel Core i5-10400 markings can be seen on the heat spreader. Unlike the previous Coffee Lake Core i5-9400, the 10th generation equivalent will be equipped with Hyperthreading, so still six cores but double the thread count at twelve.

The Intel Core i5-10400 is expected to feature a base frequency of 2.9 GHz, boosting to 4.3 GHz on a single core, with an all-core boost frequency of 4.0 GHz. The non-K version which is seen in the images will have a 65W TDP rating, while K and KF versions are expected to be 125W TDP, most likely at the base core frequency.

In addition to the photos of the Core i5-10400 CPU, Uniko's Hardware posted what is thought to be early NDA information regarding the launch timeframe for the 10th generation desktop processors, along with disclosure guidelines. The leaked slide outlines the product introduction date within a five-week window of between 13th April – 26th June, so an exact date is still to be confirmed by Intel.

KitGuru says: If this latest Intel Comet Lake-S leak is correct, then a 2nd quarter release date looks likely to happen. Any of you guys looking forward to getting your hands on a 10th generation Intel desktop processor?