We've seen a number of Intel and AMD leaks recently, pointing towards new processors and motherboards to go with them. This week, we have an interesting leak from the Eurasian Economic Commission's database, which lists a slew of TRX40, Z490 and X299X motherboards from Gigabyte.

This news comes to us via Videocardz and momomo_us on Twitter. The new database entries include X299X Aorus and designware series motherboards, designed for Intel’s Cascade Lake-X series, which should be launching in October.

Also listed on the EEC database were a series of upcoming Z490 based desktop motherboards. This is going to be Intel's 10th Generation desktop chipset, presumably equipped with the rumoured LGA1200 socket for Comet Lake-S processors. Motherboards listed include the Aorus Elite, Aorus Ultra, Aorus Pro, Aorus Xtreme and Aorum Waterforce, in addition to a Gigabyte Z490 Designware motherboard and a few others.

Gigabyte also has motherboards in preparation for AMD's 3rd Gen Threadripper launch in November, which will be based on the TRX40 platform. This list includes four motherboards, including the Aorus Pro WiFi, Aorus Master, Aorus Xtreme and Aorus Xtreme Waterforce. There is also a listing for a single TRX40 Designware motherboard. 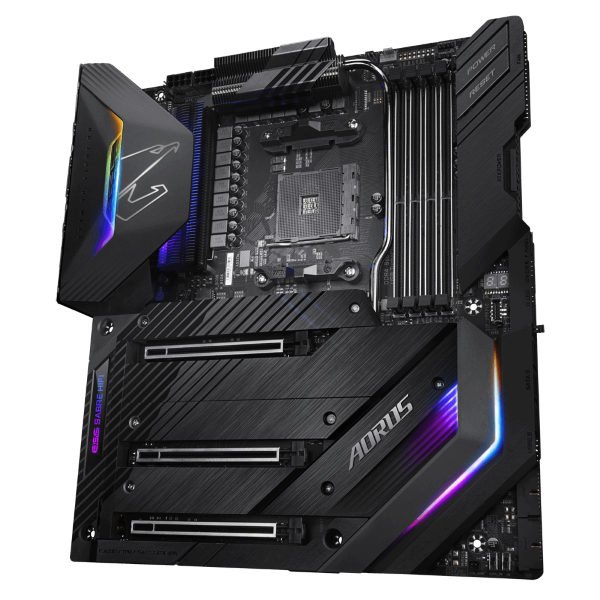 There is a shorter list for Intel’s Cascade Lake-X platform, which appears to be under the name ‘X299X'. For this launch, there is an Aorus Master and Aorus Xtreme Waterforce on the way, along with two Designware motherboards- the EX and EX-10G.

We have compiled a comprehensive list of the leaked motherboards for each socket below:

KitGuru says: With new motherboard leaks coming thick and fast, does this make you excited about the future CPU launches coming from both Intel and AMD? The next few months are certainly going to be busy in the CPU market.