While the Eurasian Economic Commission database submissions do not always prove to be accurate it is often a reliable source for little snippets of information from AMD, Intel and Nvidia board partners. One of the latest submission could be a sign of what’s to come soon.

Although there is still no official confirmation from Intel, the company is thought to be gearing up for its next-generation desktop CPU release sometime in Q1 2020. With this new line of processors, we are expecting a new motherboard chipset to be coming at the same time. That date could be getting a little closer now according to a recent submission on the EEC database.

First noticed by momomo_us on Twitter, MSI posted a listing on the EEC database that seems to show it is ready for 10th generation Intel desktop processors and the upcoming Z490 platform, with a bunch of new motherboard SKUs on the list. The listing doesn’t bring any surprises in terms of the MSI motherboard branding as the usual names such as Tomahawk, Godlike, Gaming Edge, Pro carbon and the likes are all on there. 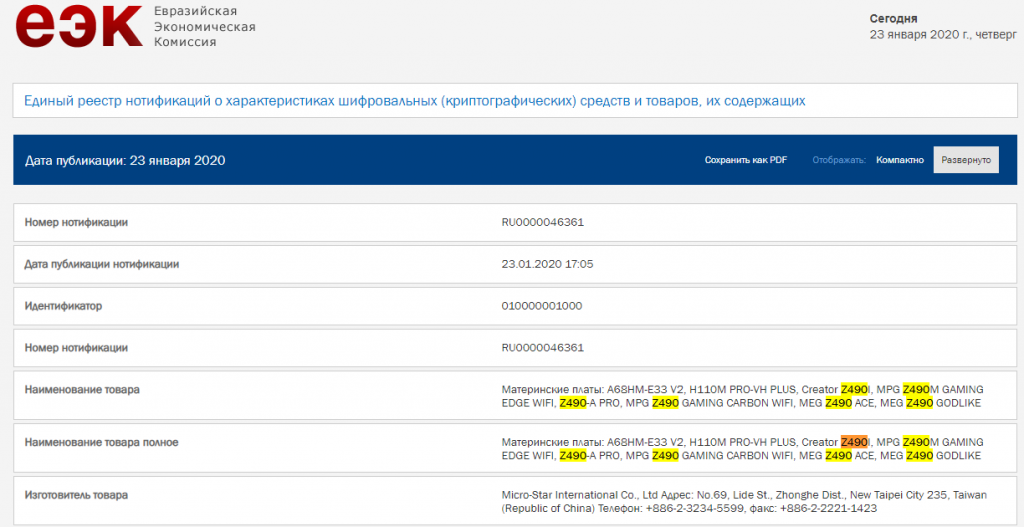 The full MSI listing on the EEC database includes:

Since there is still no confirmed date of when Intel 10th generation desktop processors and Z490 motherboards will land, we will just have to wait and see what happens in the coming weeks or months. However, according to this EEC listing and a recent article by the guys over at VideoCardz, it seems that motherboard vendors are ready, but Intel is not.

KitGuru says: Although this does not confirm that Intel 10th gen desktop processors are due imminently; it does give us a good indication that motherboard vendors are ready to go as soon as Intel flips the switch.