Apple is promising that the 2020 MacBook Air is faster than “98 percent of PC laptops sold in the last year”, and based on new benchmark scores, there's a good chance that it will be.

The Apple M1 APU is the company's first laptop processor. Powered by TSMC's 5nm process node, this passively-cooled CPU will feature 8 cores, from which 4 are big and the other 4 are small, and a base frequency of 3.2GHz. The iGPU inside the M1, which Apple claims to be the “world's fastest integrated graphics in a personal computer”, will also have 8 cores offering up to 2x the graphics performance of currently available solutions. 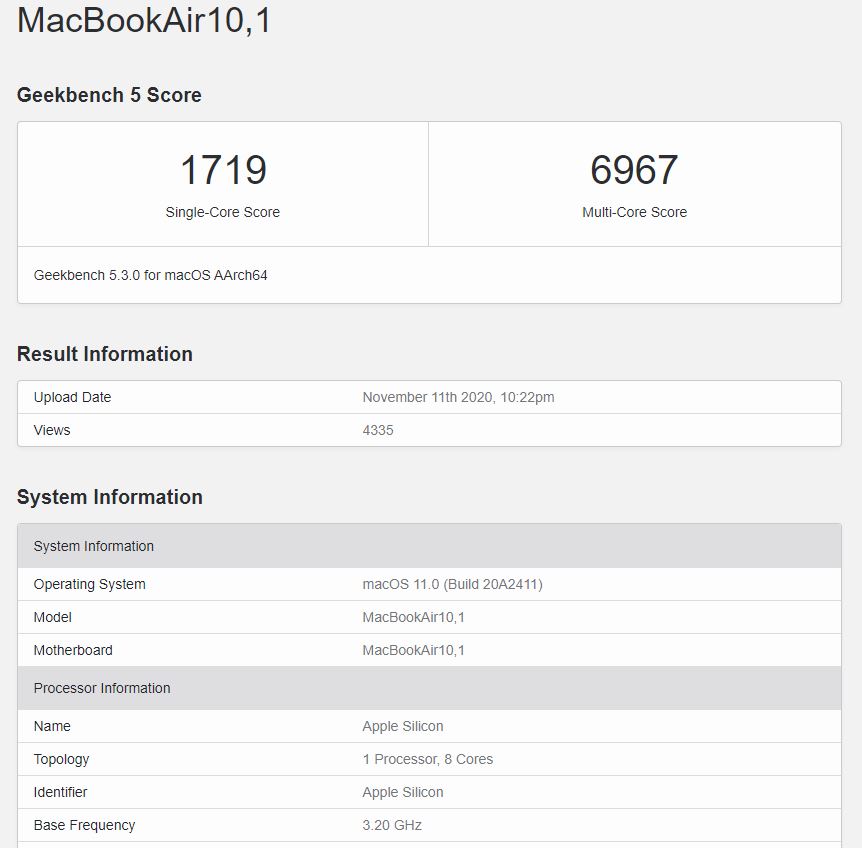 KitGuru says: Were you expecting this kind of performance from the Apple M1? Are you considering picking one of the new M1-powered Macs up?