Intel is expected to announce the Alder Lake-HX chips on May 10th, during its Vision event. This processor line-up will bring 55W SKUs with PCIe 5.0 and overclocking support to the mobile segment, featuring up to eight P-cores and eight E-cores for mobile workstations and gaming laptops.

According to the data shared by VideoCardz, the new HX chips will be based on the desktop CPUs, using a BGA package. With 48 PCIe lanes (16x PCIe 5.0 + 20x PCIe 4.0 + 12x PCIe 3.0), these chips will be the first laptop platform supporting PCIe 5.0 connectivity. DDR5 memory is also supported, as well as XMP 3.0 and a new feature named Dynamic Memory Boost. Moreover, they will also feature up to 16x computing cores (8 P-cores and 8 E-cores) and 5.0GHz clock speeds. 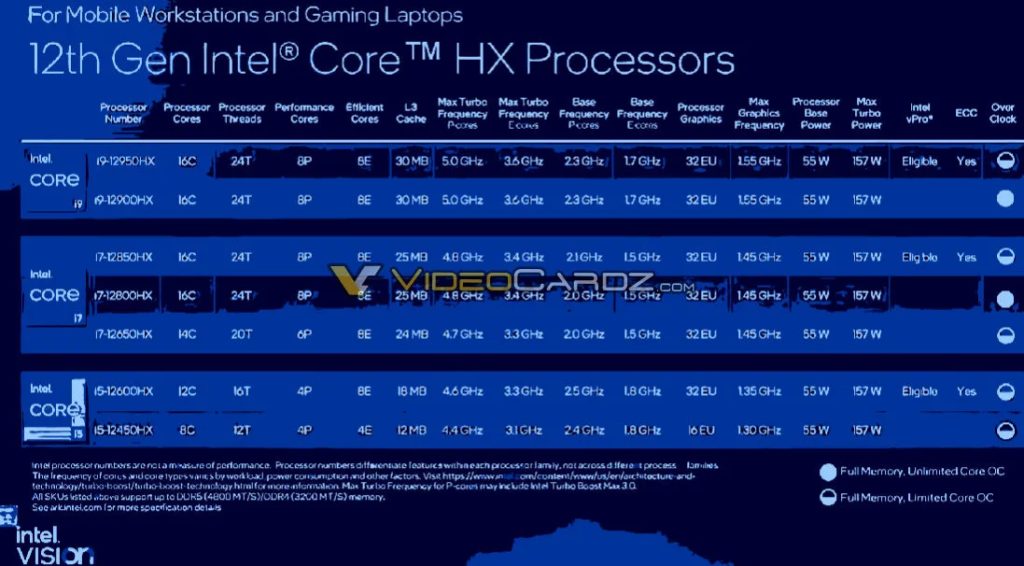 Intel's new high-end mobile chips should be announced tomorrow at the Intel Vision event. The first laptops with the CPUs should come soon after.

KitGuru says: Planning on grabbing a new laptop for gaming or as a mobile workstation? Will you be waiting to see new high-end models over the summer?