Google Brya is the company's reference platform for all Chromebooks, featuring important information about the hardware featured in these laptops. Some of that information includes the power limits set for CPUs, such as the PL4, the maximum wattage supported at package level for no longer than 10ms. 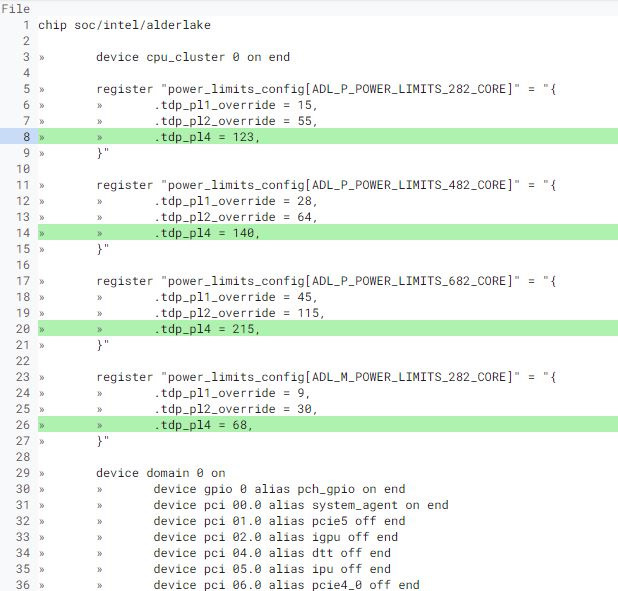 Compared to its Intel Tiger Lake counterparts, these Alder Lake mobile processors look to be fairly matched in power consumption, but their PL4 values are slightly higher across the whole stack. However, it's important to note that higher PL4 values do not mean they will consume more power. That will mostly depend on the manufacturer and the cooling system, board, battery and power adapter included with the laptop.

KitGuru says: The high PL4 won't mean much for most consumers when using these CPUs in real-world scenarios, but it is interesting information nonetheless.