Intel and MSI offering cashback on Z87 and Z97 hardware

If you’ve been considering one of the new Z87 or Z97 motherboards along with a new Intel CPU lately, then chances are you’re expecting to shell out a fair number of your hard earned pounds to do so. Fortunately, it turns out MSI and Intel are now offering cash back on a number of different motherboard and CPU combinations at most high-end UK retailers.

Beginning yesterday and running through until the 3rd October, MSI and Intel will be offering as much as £35 cash back off of select deals. To be eligible, all you need to do is buy a Z87 or Z97 motherboard and CPU from any of these retailers: SCAN, OCUK, eBuyer, Dabs, Novatech, CCL, Aria PC, Box or YOYOTech, while the promotion is valid. 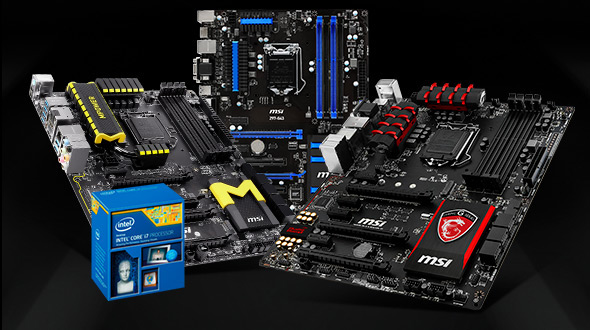 All of the above will earn you cashback, with the highest end hardware giving the most money back after the purchase.

KitGuru Says: Does this money-back offer give you guys the nudge you need to splash out on a new motherboard combo?