Earlier this week, AMD officially announced specs, pricing and release dates for the first two SKUs in the 3rd Gen Threadripper lineup. However, it looks like AMD is wasting no time in preparing the next big CPU release, as a new leak hints at a 64-core TR 3990X.

A seeming uh-oh from MSI coincides with the rumours floating around of yet another third gen Threadripper, this time a 64 core 128 thread behemoth based on the 7nm Zen 2 architecture which will likely put further pressure on team blue. 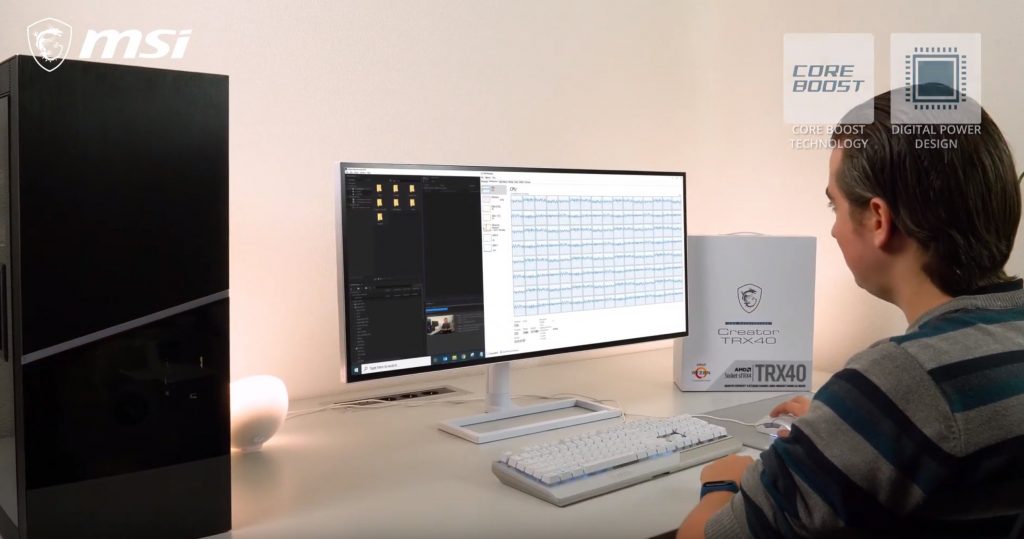 This week, a video from MSI introducing their TRX40 Creator motherboard went live, which fortunately enough for us showed a distant shot of CPU usage on task manager. The video has since been removed and replaced with an edited version, but wccftech was able to snag a screenshot beforehand, where we can spot 8 vertical and 16 horizontal tiles, indicating 128 total threads.

With the TRX40 Creator being a single socket motherboard, this rules out the possibility of a 2nd Gen EPYC CPU being used. With that in mind, this could be our first confirmation of a 64-core, 128-thread TR 3990X, which should get an announcement sometime after the 25th of November, when the TR 3960X and TR 3970X officially hit retail.