It looks like upcoming AMD Ryzen motherboards are starting to break cover as not only did Gigabyte begin showing off a new Aorus motherboard today but now Asus is also jumping in, giving us our first look at the upcoming CrossHair VI Hero X370 motherboard. It looks like we may be set to see more on the 28th of February too, as AMD will be holding a GDC press event, at which we may see Ryzen officially launch.

It was previously expected that AMD would launch its Ryzen processors in early March at the Game Developers Conference but it seems that date may have been brought forward by a couple of days. The event in this instance is titled ‘Capsaicin & Cream', which sounds like an odd name for a CPU launch but in any case, this event will be live streamed, making it more likely that AMD will be giving us availability and official pricing information for its first Ryzen CPUs. 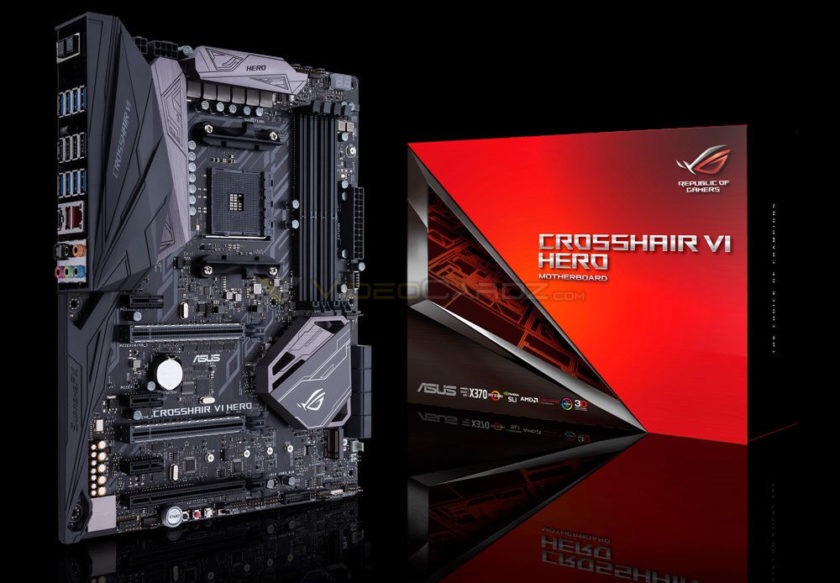 We have previously seen pricing leaks for what appears to be AMD's entire Ryzen CPU lineup but we will only be seeing AMD's 8 Core/16 Thread SKUs arrive in Q1, with six core and quad core variants to follow at an unspecified later date.

Now back to motherboards, we've already had a quick look at what Gigabyte is preparing but now we have also had a peek at the Asus CrossHair VI Hero, which will be one of the higher-end boards. Similarly to Asus's offerings on the Intel side, this board will feature Aura Sync RGB lighting, M.2 SSD capability, right SATA 3 ports and the usual four DDR4 RAM slots.

KitGuru Says: Ryzen is just a couple of weeks away at this point so we can expect to see more motherboard announcements and leaks as we get closer to launch. Are any of you looking forward to AMD's Ryzen launch? Will you be tuning into the livestream on the 28th of February?