Back during the Pre-CES press day earlier this month, AMD unveiled its CPU roadmap for the year, confirming that we would be getting the first Ryzen ‘Raven Ridge' APUs quite soon. At the time, specific specs for the Ryzen 5 2400G and the Ryzen 3 2200G weren't announced, but this week, that changed.

These new APUs, codenamed Raven Ridge, will be powered by Ryzen desktop processors with Radeon Vega graphics built in. According to AMD's new product pages, the Ryzen 5 variant will come with four cores, eight threads, a max CPU boost speed of 3.9GHz and a max GPU clock speed of 1250MHz. There will be 11 graphics compute units on this version, 6MB of L3/L2 cache and a 45W to 65W TDP. 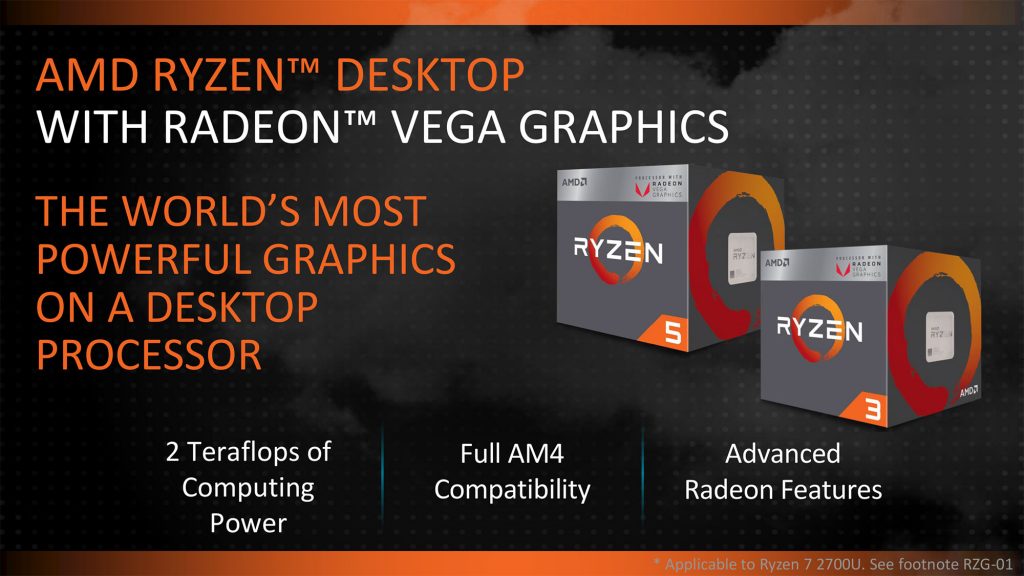 The Ryzen 3 2200G on the other hand will have four cores and four threads, a 3.7GHz max CPU boost speed, eight compute units, an 1100MHz maximum GPU clock, alongside the same amount of cache and TDP.

KitGuru Says: AMD's Ryzen APUs will be launching in February, so it won't be long before we can check out the performance on these. Are any of you currently in the market for an upgrade?