A couple of weeks ago, Overclockers UK announced its 20th birthday celebration plans, including an in-store party and a big sale both at its shop and online. Today, one of the event’s best deals went live, bringing the price of a Ryzen 9 3900X processor below the £400 mark. 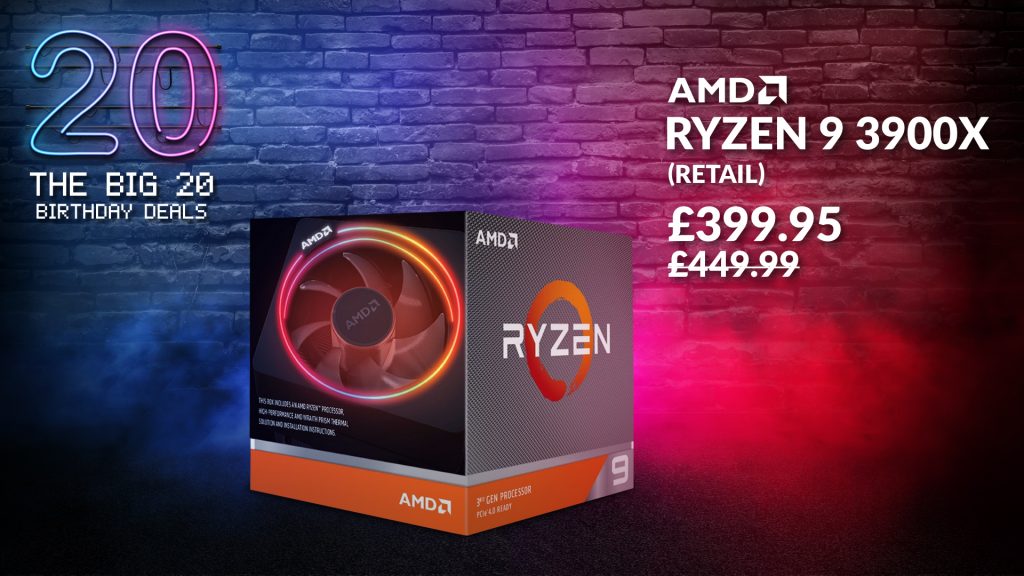 The price will be going back to normal on Monday, so this is a very limited time sale. Of course, the 3900X isn’t the only component on sale for OCUK’s 20th anniversary, you can also find online deals on laptops, graphics cards, RAM, SSDs, cases, cooling gear, monitors, Virtual Reality headsets and more.

You can find the AMD Ryzen 9 3900X deal, HERE. For all of the other discounts, be sure to check the main page, HERE.

KitGuru Says: Are any of you thinking about grabbing some PC upgrades this weekend? Let us know if you pick anything up!