AMD's next generation Ryzen processors are just around the corner and motherboard makers are busy preparing for the launch. Since launching Ryzen, AMD has been committed to maintaining motherboard compatibility across generations and that will be continuing. We've already seen MSI issue BIOS updates to add 3rd-gen Ryzen support to 300-series and 400-series motherboards, now Asus has announced that is doing the same.

There will likely be a rollout of X570/B550 motherboards to accompany these new Ryzen processors. However, if you already own an older X370, X470, B350 or B450 motherboard, then you will be able to just update the BIOS and drop the newer CPU in. 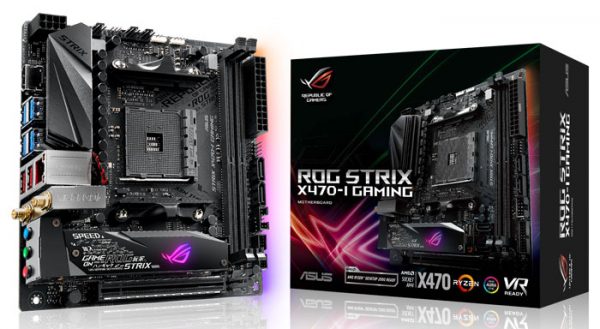 As part of the announcement, Asus has already confirmed that a slew of 300-series and 400-series motherboards already have the BIOS update available and more are going to be added over the coming weeks.

So far, the update is available for popular models including the ROG STRIX X470-I Gaming & STRIX X470-F Gaming and their equivalents in the B450, B350 and X370 ranges. The same can be said for the ROG Extreme and ROG Hero boards, alongside the PRIME and TUF series. You can find the full list of ASUS 300 and 400 series motherboards set to support next-gen Ryzen, HERE.

KitGuru Says: AMD forged an excellent ecosystem around Ryzen, with clear upgrade paths that can keep PC builders invested for years to come. We know that 3rd gen Ryzen should be with us very soon, hopefully we'll get more news on that at Computex later this month.

Previous After some confusion, Borderlands 3 has been confirmed to have cosmetic microtransactions
Next Alphacool’s new water cooling fittings double as a laser pointer