There were plenty of Ryzen 3000 and Zen 2 rumours floating around prior to AMD's CES keynote today. Those that were hoping for a full unveiling will be disappointed but we did at least get some details on AMD's next-gen processors for desktop. 3rd Gen Ryzen will be launching in mid-2019, with Q2 or Q3 availability currently planned.

The first major announcement today was Radeon VII, the world's first 7nm gaming graphics card based on Vega 2. However, we also have some details on the future for AMD's CPU products. Zen 2 is coming this year and just as promised, these next-gen processors will be built on the 7nm process, which will help drive performance and efficiency improvements. Aside from having the jump on 7nm for desktops, AMD CEO, Lisa Su, also announced that 3rd Gen Ryzen processors will be the first in the world to support PCIe 4.0. 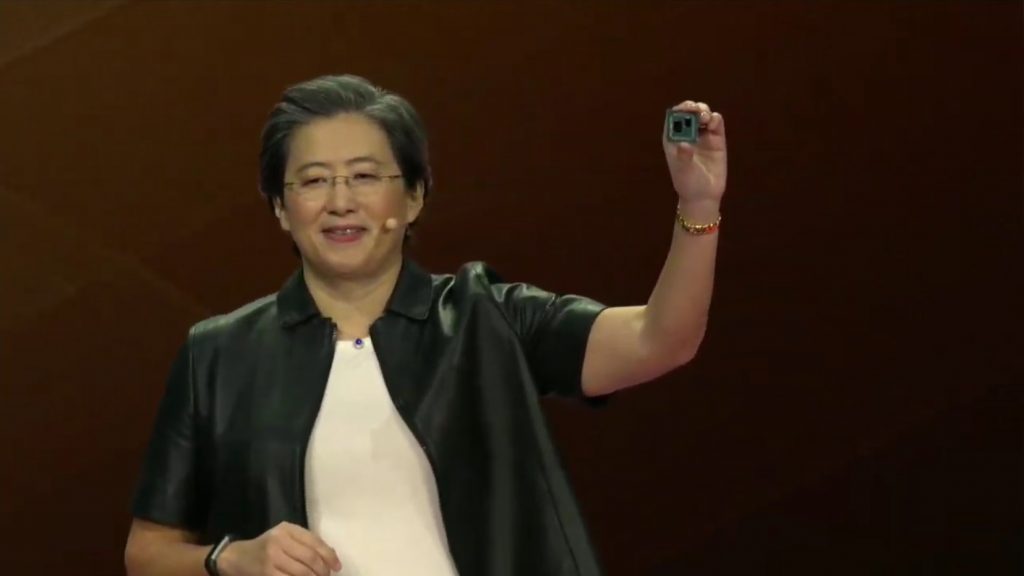 During the CES keynote, Lisa Su showed some performance numbers for an unnamed Ryzen 3000 series CPU in Cinebench R15. The benchmark shows this mystery chip scoring 2023 points, which is almost identical to the Core i9 9900K. Meanwhile, last year's Ryzen 7 2700X scores 1754 points in the same test, so we are looking at a decent performance bump.

Unfortunately, those are all of the confirmed details we have for the time being, but we will be hearing much more about Zen 2 over the coming months. Launch is pinned for mid-2019, so perhaps we'll see a full unveiling at Computex in June, with a rollout to retailers and reviewers over the Summer.

KitGuru Says: If AMD can continue its current trend of trading blows with Intel at a lower price, then Zen 2 will likely be another big success. Are any of you waiting on 3rd Gen Ryzen before upgrading?