For AMD’s 50th anniversary, the company took to its first-ever CES keynote to reveal its next-generation Vega graphics card. The Radeon VII is built on AMD’s 7nm process, enabling it to better compete against Nvidia’s RTX range in 4K resolutions, virtual reality (VR) and 3D rendering.

Trudging through the numbers, AMD has built the Radeon VII graphics card with 60 compute units/3840 stream processors running at up to 1.8GHz, 16GB of ultra-fast HBM2 memory, a hefty 1 TB/s memory bandwidth and a 4,096-bit memory interface. But how exactly does this translate to real-world performance?

Targeting 3D rendering and video editing applications, AMD showcased its brand new GPU across a range of different software, noting the improvement over its previous generation’s top-of-the-line Radeon RX Vega 64. In Blender and DaVinci Resolve 15, the Radeon VII  fared 27 percent better, while a 29 and 62 percent performance increase was witnessed in Adobe Premiere and OpenCL respectively. 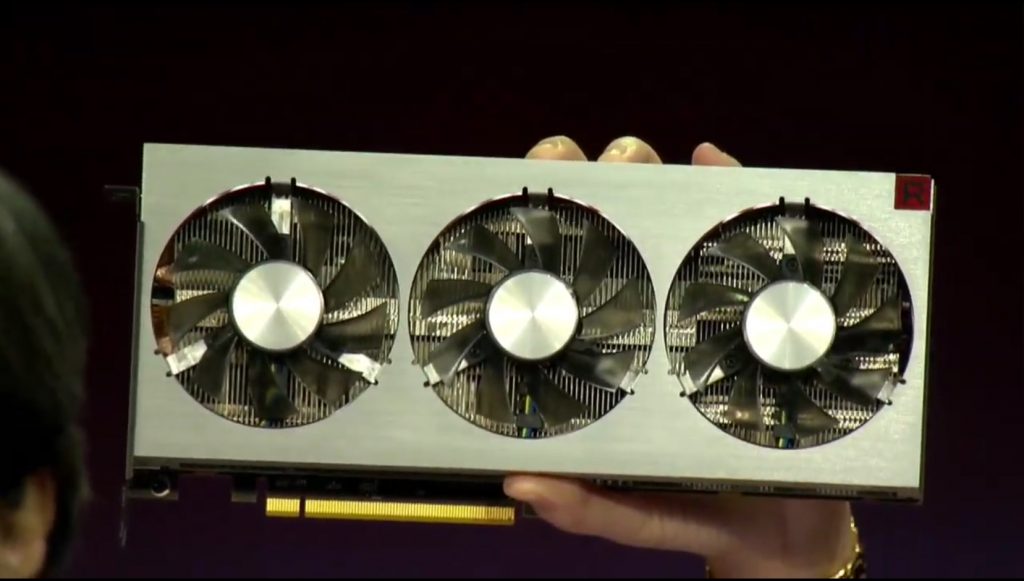 For gamers, AMD claims that its next-generation graphics can deal with max resolutions, frame-rates and settings, showing the biggest improvement for the company when running titles in 4K resolution. This is particularly evident in Capcom’s Devil May Cry V, maintaining a frame rate above 60fps with everything cranked up. Due to its imbedded FreeSync technology, there wasn’t a tear in sight.

The Division 2 also looked beautiful running real-time gameplay from the card, however the display didn’t provide an exact number. DX12 and Vulkan-based games deliver the best experience with the new technology, including up to 35 percent higher performance in Battlefield V, up to a 42 percent and 25 percent improvement in Strange Brigade and Fortnite respectively when compared to its previous generation. It also manages to edge out the $799 Nvidia RTX 2080 in frames. 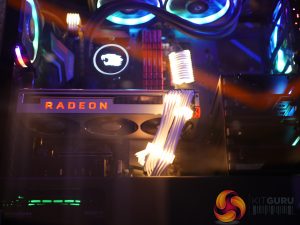 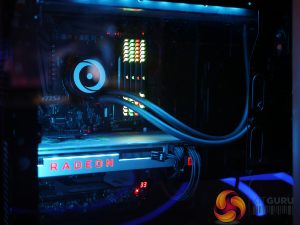 During her presentation, CEO Dr Lisa Su emphasised the importance of software alongside hardware developments. Accompanying the Radeon VII, the company will be providing Day-0 game driver support with “up-to-the minute game optimizations for performance enhancements” and ways for content creators to capture and stream the titles they’re playing thanks to Radeon ReLive.

AMD’s Radeon VII will be available on February 7, 2019 for $699, with add-in-board partners planning to offer the new GPU sometime after. For a limited time, consumers that purchase the Radeon VII, or select Ryzen 2nd generation processors will receive Devil May Cry V, The Division 2 and the Resident Evil 2 remake for free.

KitGuru Says: For the record, that’s pronounced Radeon Seven. While the performance certainly impresses, potentially stacking up to Nvidia’s RTX 2080 pending third-party testing, AMD needs to be careful of its high price if it wishes to sell enough to dent the market. What do you think of the company’s next-generation graphics card? Do you think $100 is enough for AMD to gain marketshare against Team Green?