Intel officially announced its new line of Cascade Lake-X HEDT CPUs a few weeks ago, with SKUs all the way up to 18 cores and more competitive pricing to combat the growing popularity of Ryzen. The full launch is coming in November with reviews set to drop around the same time as retail availability. While most outlets are still waiting on samples for testing, one site was able to get their hands on the Core i9-10980XE and has delivered some early performance comparisons.

Romanian tech site Lab501 apparently managed to get an early sample for the upcoming Extreme Edition chip and got it running on a Gigabyte Aorus Master X299 motherboard with an updated BIOS. The CPU-Z screenshot lists this chip with (ES) in the specification, indicating that it is an engineering sample, rather than the final retail version. 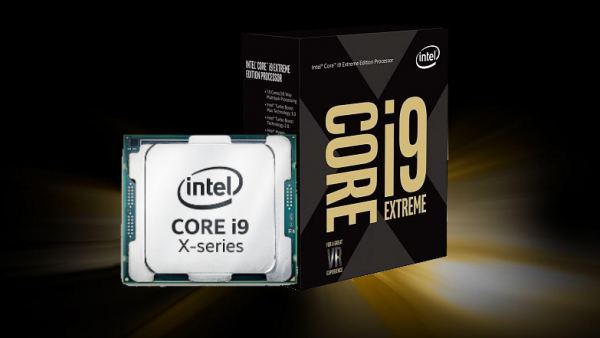 We'll run down a few examples of benchmark results, starting off with DaVinci Resolve 15. In this test, Lab501 reports the Core i9-10980XE crunching through a 4K/UHD video file in 96 seconds, which is closely followed by the Ryzen 9 3900X at 109 seconds. The next closest score came from the Ryzen 7 3700X, which got through the test in 157 seconds.

There are a bunch of other benchmarks in their review if you want to take a look at the full post. Just keep in mind that we can't verify any of these results ourselves at this point in time, as we still need to do our own testing. With that in mind, take the results with a pinch of salt until additional sources start posting their results for final retail samples. We should know the full extent of performance within the next few weeks as we get closer to the full launch.

KitGuru Says: It will be a little while before we start to see final retail sample performance results and of course, 3rd Gen Ryzen Threadripper and Ryzen 9 3950X comparisons are also going to be very interesting. November is shaping up to be a rather big month in the CPU world. Are any of you waiting on new HEDT CPUs before upgrading?