Earlier this week, Nvidia began rolling out a new GeForce driver with optimisations for this weekend's big game releases- The Outer Worlds and Call of Duty: Modern Warfare. Now, those equipped with a Radeon GPU also have a day-one driver available to install, which should grant some notable performance boosts.

Radeon Software Adrenalin 2019 Edition 19.10.2 is now available. RX 5700 XT owners in particular will benefit from this one, with Call of Duty: Modern Warfare getting an 18% performance boost compared to driver version 19.10.1 while running at ultra settings. For The Outer Worlds, RX 5700 XT owners can expect an 8% performance gain with the new driver compared to the previous one. 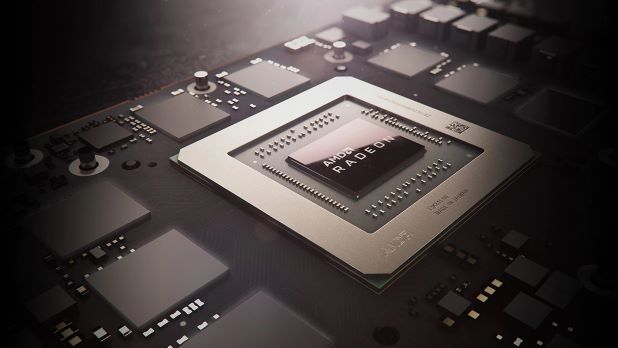 This driver also has optimisations in place for Chernobylite, an early access single-player game with sci-fi and survival horror themes.

As usual, the driver release notes come with a list of fixed issues. Those experiencing a blank screen bug when launching League of Legends should no longer have this problem. Radeon Chill no longer creates an incorrect registry entry when enabled or disabled, Borderlands 3 should also no longer freeze up when changing resolutions or after running the in-game benchmark.

Flicker while watching media files through the Windows Movies & TV application on a USB Type-C display should be fixed. Finally, Radeon RX Vega and RX 5700 series GPUs should no longer experience a thread stuck crash or TDR during high GPU load.

Some issues do remain though, including character models not always rendering correctly in the inventory screen on The Outer Worlds. RX 5700 GPU users may experience stutter while playing a game at 1080p with low settings. AMD's performance metrics overlay can cause stutter or screen flashes when used in some applications and toggling HDR can cause system instability while playing a game with ReLive enabled. The final two known issues include stutter on FreeSync displays while running at 240Hz with a Radeon RX 5700 series GPU and the AMD Radeon VII will sometimes have elevated memory clock speeds while the PC is idle. Hopefully most of these will be tackled in the next driver update.

If you are using an AMD Radeon graphics card, then you can find the new 19.10.2 driver for download, HERE.

KitGuru Says: Two huge games landed today. I'll be diving into The Outer Worlds myself but I am interested in checking out the Modern Warfare campaign at some point. Are any of you picking up one of the new releases this weekend? Have you experienced any issues with the latest driver update so far?