Back in June, around the time of E3, Google held a Stadia Connect event where it revealed the “Stadia Founder’s Edition”. It was announced that this founder’s pack would be in limited supply, and it seems like it has now been sold out. If you only preordered it recently however, you might not get it on launch day.

The Stadia Founder’s Edition was available for £119, and came with: a Chromecast Ultra; a limited edition Night Blue Stadia controller; three months of Stadia Pro; a three month ‘Buddy Pass’ which allowed you to “bring one friend along for the ride”; Destiny 2: The Collection; and most importantly, first dibs on choosing your Stadia Username.

Now that the Founder’s Edition has officially sold out, Google have replaced it with the less enticing “Premiere Edition”. This edition sells for the same price as the Founder’s Edition, but lacks the three month Buddy Pass, swaps the blue controller for a standard white one, and no longer promises you the peace of mind of being able to pick your Stadia name first.

Furthermore, after asking Google whether Premiere buyers would be able to play Google Stadia on the same day as the founders – when it releases on the 19th of November – Google confirmed to The Verge that not only would Premier buyers receive it later, but that some founders will too. 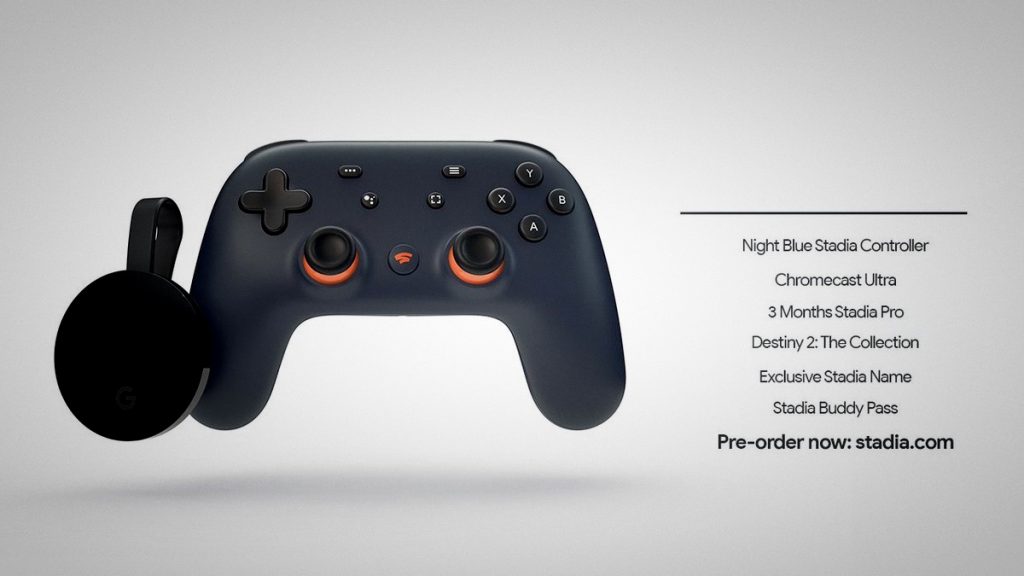 Google will be “shipping out kits in the order they were received”, meaning that those founders who managed to sneak in a purchase at the 11th hour won’t be receiving Stadia on day one either. Google claims that it’s expecting all Founder’s Editions as well as Premiere Editions to be delivered within 2 weeks of its 19th November release date, meaning that the wait shouldn’t be too long.

Regardless, it’s a shame to see that those who took a leap of faith in pre-ordering Google Stadia might not necessarily be rewarded for doing so. Is this a case of Google Stadia being more popular than expected, or did Google simply fail to outline a substantive production and rollout plan, leading to potentially disappointed customers?

KitGuru says: Did you preorder a Google Stadia Founder’s Edition? What do you think of this new ‘Premiere Edition’? How important is a username to you? Let us know down below.